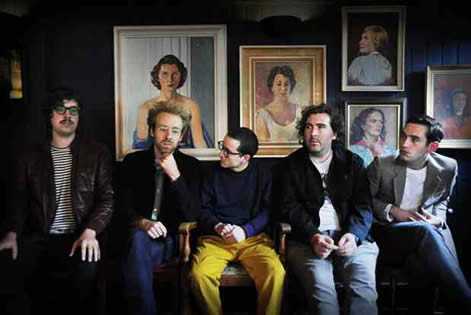 The lineup for this years Camp Bestival is now released and has a myriad or artists including Hot Chip, Rizzle Kicks and many many more!

Festi-holiday frolics ahoy, the time has come to unveil the first of the myriad magical treats we have in store for July 26-29 at Camp Bestival 2012! There is a seriously hip-shaking musical line-up at the best family festival holiday around but that’s not the only thing that will be keeping you on your toes as our Bang on theme, they will be hosting their own Olympic shin-dig with a screening the opening ceremony live in the Big Top on Friday night complete with a Camp B torch! And the favourite wallies Lost & Found will also be back as the loveable Camp Bestival Blue Coats to host our 2012 Silly Olympics. From pea shot-put to their signature binocular football, you’ll be going Olympics-crazy for their games! And, as ever, Lulworth Castle will be brimming with incredible spectacles, moments of pure joy, amazing food, luxury camping and tons of fun for all the family with over 100 free things for kids to do and lots and lots of brand new attractions at our landmark fifth Camp Bestival!
Rob da Bank says: ‘'I can’t believe it’s still only January yet my heads firmly entrenched in a field in Dorset in July thinking about all the mighty musical offerings and other fun and games we have lined up for Camp Bestival. From Chic to Hot Chip, Jimmy Cliff to Little Dragon and Mr Tumble to Rizzle Kicks it's another very diverse line up reflecting all the different ages and tribes that descend on Lulworth Castle each year! I hope to see you there."
As firm favourites Hot Chip will be making their debut headline appearance at Camp Bestival.  And things are set to get funky fresh on Saturday night with Camp Bestival’s Saturday Night Fever! So get your glad rags on for a disco spectacular the likes of which has never been seen on Dorset’s Jurassic coastline with Kool & The Gang dropping the Jungle Boogie, Chic featuring Nile Rodgers taking us on an epic journey through one of the most booty-shaking back catalogues known to man.

Published on 27 January 2012 by Ben Robinson