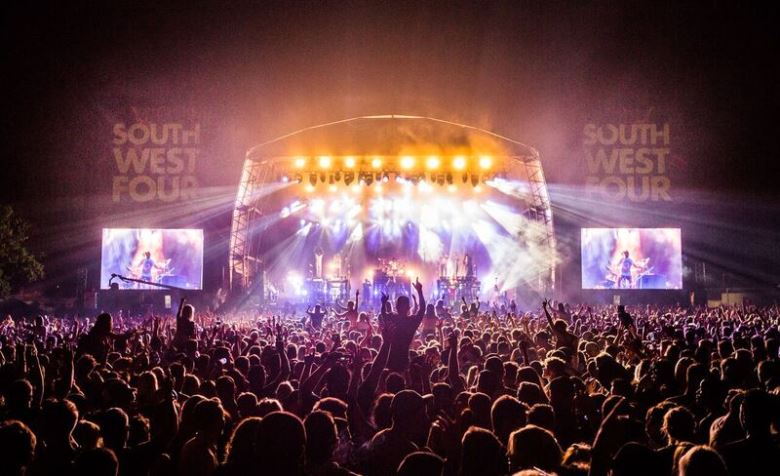 With the clocks going forward this weekend, the official countdown to the long awaited summer is now on! Glorious sunshine has taken over our beautiful city in the last few days and we can just about taste it!

With this in mind we now feel it is the time to announce the epic line for our main stage at SW4 Sunday as we reveal more top class artists for our ever-growing line up! Not only does the main stage line up consist of some of the most inventive and in demand artists on the planet, the mammoth main stage is set to be completely transformed by insane production levels which have never been seen before at the festival!

Back in London for the first time in three years, Sunday 27th August will witness the return of Deadmau5 to London at SW4. The initial announcement of this industry leader created an unbelievable buzz across London’s dance music community and every day we get closer, the intrigue intensifies. In recent weeks, the Mau5 has revealed blue prints of the massive production that is set to make an appearance on the Common and is widely regarded as one of the most impressive set-ups in electronic music. Are you ready?

Consisted of two members of SW4 Saturday headliners Pendulum, Rob Swire and Gareth McGrillen have put their touch of genius to their other hugely successful project; Knife Party. Since their inception in 2011, the domineering duo have been a mainstay on the top of huge festival line ups and have sold out the most prestigious venues across the globe, most notably at the 02 Academy Brixton. Their explosive and high-octane sound have made them favourites in all corners of the globe with fans eagerly anticipating the pair’s return wherever they go! We are absolutely thrilled to welcome one of the most influential acts in dance music to Clapham Common, for the 14th installment of South West Four.

A juggernaut of electronic music, Sub Focus’ constant output of top class productions and performances has meant that he well on his way to world domination! He first debuted his critically acclaimed live show a few years ago and it went onto dominate festival stages all across the globe. He is now back with version 2.0 and you can expect a LARGER, LOUDER and MORE COMPLETE version of this outstanding LIVE set up that cements Sub Focus on the map as one of the most in-demand artists on the planet today! His return to the festival will see him play on the main stage for the very first time, whilst his brand new album is set to take him to another level. We’re hugely excited to be a part of it!

Bakermat catapulted himself into the dance music five years ago and he hasn’t looked back since. The Dutch native is from a select breed of artists who have come to the forefront of electronic music in recent years who tap into the more melodic side of house music and have discovered huge success doing so! His recent visit to the capital witnessed two huge back-to-back sell out shows at Electric Brixton as he showcased his Circus party to 3500 revelers in south London! Sunday 27th August will see this hot shot land into the common and perform his LIVE show for the first ever time in London! With an ever growing fan base all across the globe, we are tipping this to be one of the performances of the weekend!

When Skrillex officially endorses you, you know you’re doing something right! The past 18 months have been an absolute whirlwind for American producer Jauz who has gone from producing in his bedroom in 2014 to selling out arena tours all across the States. A quick-fire XOYO sell out at the tail end of 2016 demonstrated that the appetite for this whizz kid is clearly rife and his bass-heavy sound has caught the attention of many. Jauz will be making his SW4 debut this summer and with him being tipped for the top, this is an artist you can’t afford to miss!

Parisian house giant Martin Solveig has become a stable-diet on festival main stages around the world and a go-to artist when it comes to getting the party started. Having honed his innate ability to sense the vibe being emitted from the crowd, Solveig never fails to manipulate the dance floor. With this in mind, it will come as no surprise to hear he’s held a five year residency at Ibiza super club Pacha and featured on the biggest lineups on the earth’s most illustrious stages at the world’s most prestigious festivals like Ultra Miami, Electric Daisy Carnival and Tomorrowland. We can’t wait to welcome Martin this summer for his debut appearance at SW4!

Paris is known for breeding the most popular and notable artists on the planet and Tchami is one of its finest. Having formed a close relationship with DJ Snake who took the young producer under his wing, his last visit to London saw a frenzy of fans pack out Electric Brixton for an exhilarating show. He made his SW4 debut last year on the main stage and played a stand-out set when the sun was going down. This has been etched in people’s memories and his return to the main stage will be nothing short of magical!

Lobster Boy records head honcho Redlight has become a firm favourite at SW4 HQ over recent years. He is part of a group of artists who burst onto the scene in rapid fashion around five years ago and he has kept it consistent since then. The Bristol native has become hot property in Europe with his vast knowledge of the genre allowing him to stand a cut above the rest. Redlight will make his debut on the SW4 main stage and add another milestone to his fledging career!

Australian sensation What So Not is a god amongst men when it comes dance music in the south hemisphere. Worshipped by millions of fans, his soulful and instrumental driven tracks have taken him to the next level. Following in the footsteps of industry leaders such as FLUME, What So Not is in the handful of producers who are on the top of their game. The summer of 2017 will see him make his debut and perform on our huge main stage for the very first time!

Example’s intrinsic lyrical excellence and wonderful ability to seamlessly fuse together a plethora of high-octane genres has led to him becoming a one of the most popular artists in the world. So much so that we had him headline our 10th anniversary in 2013 as he absolutely tore the common to pieces with an incredible performance. Since that jaw-dropping performance, he has been the one of the main talking points within the dance music community with his latest album capturing the imagination of many! Joining him will be DJ Wire who has accompanied Example all around the world with notable shows at Ibiza’s world famous Amnesia! We are hugely excited to welcome Example back to SW4 for what will be a performance to remember!

This Sunday main stage announcement is set to create a frenzy amongst the SW4 faithful. With tickets for the second day of SW4 increasing in price on Monday 3rd April at midday, if you plan to attend the Sunday, we would highly recommend purchasing your tickets imminently!