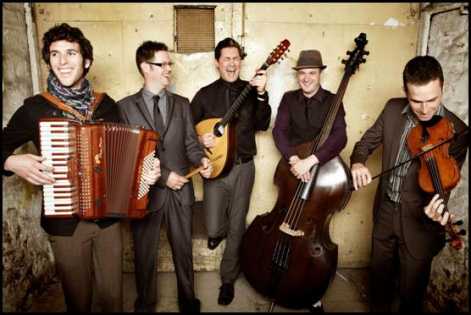 The first Frome Folk Festival opened its doors on Saturday (February 18) and by the close of the weekend had been voted a resounding success - with a 2013 festival immediately announced.

The Frome Folk Festival brought thousands of festival-goers, Morris dancers and the cream of the British folk music world flocking to the Somerset market town, including a raft of BBC Radio 2 Folk Awards winners past and present.

The winter West Country festival saw a weekend audience of nearly 1500 people from all over the South West to Kent, London, Lancashire, the north of England and even America attending one of the first UK festivals of 2012 - the second successful festival that South West- based music promoter Jan Ayers has launched during a recession.

Says Jan, who also brought back Bristol Folk Festival last year: “We are simply delighted at the reaction. The atmosphere at the venues and around the town was incredible and Frome’s hotels, shops, cafes and pubs have all been boosted. The music has been outstanding as well as the hordes of brilliant Morris dancers and everything else that has formed part of this unforgettable weekend.”

The headline events took place at The Cheese and Grain but the rest of the town was buzzing with alternative programmes at Westway Cinema, The Masonic Hall and music and singing workshops at the Round Tower. There were market stalls, a colourful and buoyant Morris programme and programmed and impromptu sessions at pubs around town, including The Cornerhouse, The Blue Boar and The Griffin (with The Griffin’s Milk Street Brewery having brewed the special festival ale “Folklore”.)

The finale was down to Show of Hands’ multi award-winning frontman and songwriter Steve Knightley (Best Original Song, Best Duo and Best Live Act at the BBC Radio 2 Folk Awards), for once without his multi-instrumental partner Phil Beer. He brought the festival to its feet in a rare display of inimitable, one-man showmanship, supported by young Devon duo Phillip Henry and Hannah Martin and 17 year-old singer songwriting sensation Luke Jackson.

Published on 21 February 2012 by Wayne Feltham