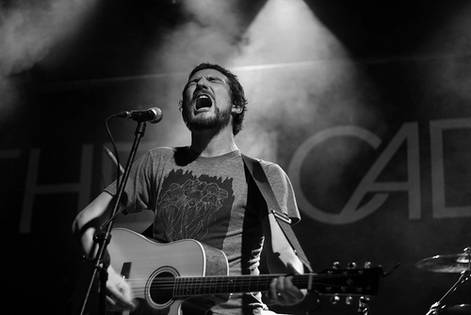 With Kendal Calling 2011 shaping up to be the biggest one yet, more world class acts are added including House of Pain, Frank Turner and more

House of Pain, Frank Turner (will full band) and Easy Star All Stars are all headed for the mainstage! Without further ado the Glow Dance Tent can also unveil their first set of DJ’s set to raise the roof are none other than leaders and legends in their field Derrick Carter, Adam Freeland, Herve, Yousef, The Japanese Popstars LIVE and many more.

Pioneers of new music, Kendal Calling support rising stars alongside the worlds biggest bands and the Calling Out Stage is bursting with some of the most hotly tipped acts of the year with more still to be announced.

Celebrating their 20th anniversary, House of Pain play Kendal Calling as part of their reunion tour. The act behind one of the most memorable tracks in hip hop history “Jump Around”; multi platinum selling duo House of Pain are in town with a raucous rap show and our Kendal crowd are raring bounce!

Frank Turner will take to the main stage with his gorgeous and unique folk sound alongside one of the most inventive collectives of recent times, New York’s Easy Star All Stars; acclaimed for their incredible re-works of classic albums including their release Dub Side of the Moon.

With the Glow Dance Stage bursting with world-class beats, Derrick Carter leads the charge. One of the pinnacles of Chicago house music’s 90’s wave, DJ and producer Derrick Carter has a career spanning two decades and will keep the tent pumping with his legendary sound late into the night.

New for this year will be Sunday afternoon in the Glow tent filled with live dance acts featuring hip hop, trip hop, ska, grime and everything in between to bring everyone round for a thumping evening of huge tunes.

Carlisle based promoters and DJ collective UBER are hosting the Sunday night with an evening of house and techno to bring a euphoric close to the weekend including the legendary Derrick Carter, Yousef, Jesse Rose plus much more.

Funk DJ Craig Charles has delivered stomping sets at Kendal year upon year and this year he steps it up a notch and is back to programme his very own tent on Sunday! The Craig Charles Funk & Kendal Calling Soul Club showcases a handpicked line up of some of the best funk & soul artists in the UK right now including The Leonard Jones Potential, The Ariya Astrobeat Arkestra & Smoove and Turrell.