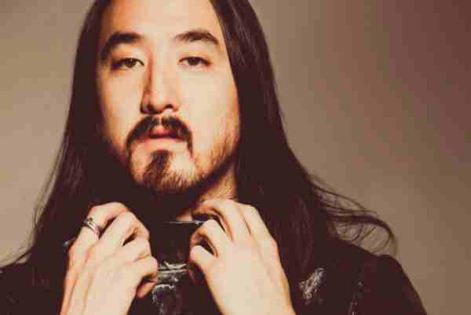 With a sell-out for Cream 2nd March imminent, Cream have been working hard behind the scenes to put together their next party instalment at Nation on May Bank Holiday weekend.

Cream will launch into the summer with a brand new party on Sunday 5th May joined by some of the biggest electronic acts in the world for what will be the first May Bank holiday party at Nation in 4 years.
Expect mayhem in the Courtyard as we welcome Steve Aoki to the club for the first time. The man behind Dim Mak Records has been credited with launching the careers of some of the most influential acts of the last decade as well as collaborating with everyone from Afrojack and Tiësto to Dillon Francis. Make sure you’re prepared for cakes flying, and the occasional stage dive.
Joining Steve in the Courtyard is the uber-talented Nervo. As one of the highlights of Creamfields 2012 we’re pleased to finally bring the Grammy award-winning duo to Cream and can’t wait to hear ‘Like Home’ dropped in the Courtyard! Completing the Courtyard line up we have industry chart topping producer Chris Lake and rising star D.O.D.
After an amazing set at Cream last year we had to invite Hardwell back to the Main Room. At the tender age of 24, the award-winning DJ, producer, musician and label manager was #6 ranked in the DJ Mag Top 100 in 2012 and has certainly got the potential to head straight to the top in 2013.
Size Records’ finest AN21 & Max Vangeli join the Main Room line up hot off the back of their hit debut album ‘People of the Night’ and if two Aussies weren’t enough, Tommy Trash aka the ‘thunder from down under’ will be playing his first set for Cream dropping his own carefully created anthems including the infamous ‘Truffle Pig’, yes you read that right,  he’ll be joined by a founding member of the ever dynamic Moda collective, Tom Staar.
On the trance side of things we’re taking it back to where it started, the Annexe of Nation along with a shed load of production led by Cream Ibiza favourite John O’Callaghan.  John will be joined by Ørjan Nilsen who features on his track ‘Crispy Duck’ released earlier this year and Simon Patterson. Since parting as one half of Dogzilla in the 00’s, Simon’s solo career has soared from strength to strength with his dark, driving blend of trance and techno attracting attention from all over the Globe. Finalising the Annexe line up is our one to watch, Ben Gold, who as one of the brightest young stars in the trance scene has seen his music clock up regular plays from a range of world class DJs including Armin van Buuren and Above & Beyond.
Meanwhile other acts performing include Cream residents Gareth Wyn, Anthony Probyn, and Rob Harnetty.
Early bird tickets for Cream 5th May go on sale 10am on Monday 4th March priced at £22.50 + BF