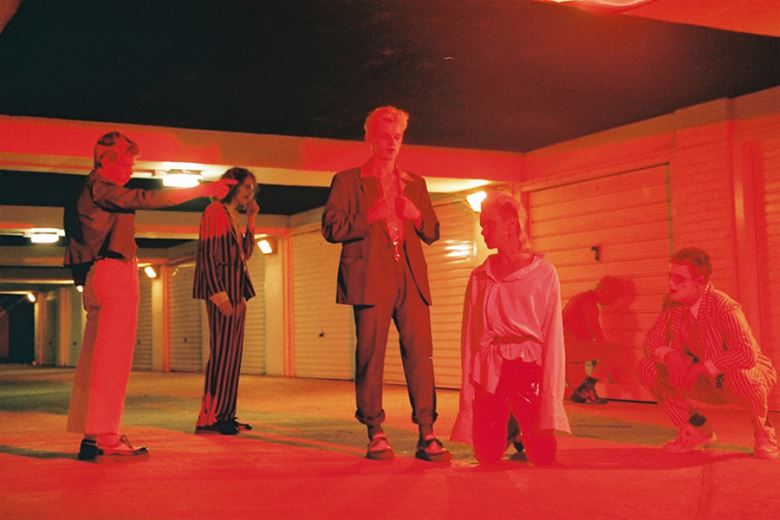 The nation’s ’ultimate family festival’, Deer Shed Festival, returns for 2018 in its ninth incarnation with the announcement of its first music acts.

With headliners and many more acts set to be announced in the New Year, Deer Shed have already secured a handful of Britain’s best touring bands for their bill in July.

Nadine Shah is an important poetic voice in contemporary British music, much like Deer Shed 8 headliner Kate Tempest. In her own words, the job of the new album Holiday Destination was to “humanise the dehumanised through individual stories”. Resonating with the masses far beyond the shores of Whitburn, Shah’s hometown on the Tyneside coastline, the record became one of BBC 6 Music’s Albums Of The Year for 2017.

A band built for playing a summer evening set out in the sunny fields of North Yorkshire, This Is The Kit will return to Baldersby Park after mesmerising Deer Shedders back in 2016. Essentially an alias for alt-folk singer-songwriter Kate Stables, This Is The Kit, in harmony with others like Laura Marling, Beth Orton and The Staves, embody the evolving voice of contemporary British folk.

From humble beginnings – winning their high school talent contest – Blaenavon have grown up alongside their core fan base. Still an incredibly young band, Ben Gregory, Frank Wright and Harris McMillan have already released one infectious indie anthem after another, displaying artistic maturity well beyond their years. Their debut album That’s Your Lot explores friendship, sadness, hope, love held and lost, and all the confusions of youth in a world that is slowly revealing itself.

HMLTD will headline the In The Dock stage, with Deer Shed believing they are the most exhilarating new live band around. There are so many possible angles to pursue in a description of HMLTD – testament to the way the South Londoners band like to bombard your senses with their electrifying, ever-changing music. New romantics, punks, creatures of the night: whatever HMLTD are, they’re absolutely ace.

Dream Wife write arty, indie bangers that compel anyone in earshot to lose it dancing or chanting “Dream Wife for life” at the top of their voice. It’s really no wonder they’ve already headlined the easiest multi-venue festival on the feet in the land back in October – Stockton’s own Twisterella Festival. From their Riot Grrrl roots and DIY ethos, right up to their raucous live show, they really are a dream.

Deer Shed have been trying to book Sivu for years. James Page is a true composer – each track an intricately weaved tapestry of delicate vocals, synths and strings. He writes evocative lyrics from the Bright Eyes notebook of heartache and tragic restraint. It’ll give you the feels alright. In the best possible way, of course. It fills us with great joy to finally add Sivu to the Deer Shed line-up.

Now here’s a band that’s caused quite a stir in the Deer Shed ranks. It does tend to happen when a new group pops up armed with synths, electronic basslines and a penchant for syncopation. Booking Warm Digits has made us all giddy, like the time we booked Field Music. The Newcastle-based duo’s latest album Wireless World is essentially social commentary through synthesisers – perfect!

AK/DK create a sound that marries the psychedelia of Clinic and King Gizzard with the disco-in-space electronics of Orbital or Daft Punk. For those who weren’t lucky enough to catch what could quite possibly have been the best performance of Deer Shed 3, featuring, dual precision drumming and synths that you only dream you could play with for days, we’re doing it all again in July.

One of the many multi-talented members of This Is The Kit, Rozi Plain as a solo performer pleases both the traditional folkies and those with more experimental tastes. Dreamy electronic synth riffs and fluttering soundscapes surround her vocals layered with lovely harmonies.

Another totally fresh band preparing to become one of the biggest break through acts of 2018. Whenyoung’s debut single ‘Actor’ has received endless airplay on our beloved BBC 6 Music. It’s a tune adorned with jagged, infectious guitar, paired with lyrics that will break your heart.

Mush is the latest awesome band to be conceived in Leeds, a city that is currently a hotbed of noise and alternative rock talent, with expert layering of heavy guitar riffs and laid back, low-key vocals. A very exciting Yorkshire band, indeed.

Who’s ready for a hoedown? With Holy Moly & The Crackers in town it’s not so much a question as an inevitability. In the wise words of Frank Turner, “Dear god, do yourself a favour and catch Holy Moly - either live or on record.” A visceral concoction of rock, folk, blues, balkan, ska and reggae.

In addition, headliners James Acaster, one of the most endearing comics on the UK circuit and Deer Shed’s favourite Big Top MC, Justin Moorhouse, have been revealed on the comedy line-up.

Published on 19 December 2017 by Ben Robinson