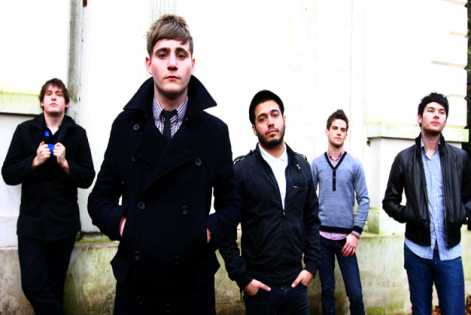 Hard Rock International and Live Nation have announced that 18 vibrant acts will join the Hard Rock Calling 2012 bill supporting the weekend’s iconic headliners for what is sure to be a once in a lifetime line up.

Black Stone Cherry, Kids in Glass Houses, Christina Perri, Guillemots, Big Country and Amy MacDonald are amongst those confirmed, joining headliners Soundgarden, Bruce Springsteen & The E Street Band and Paul Simon in London’s Hyde Park on 13-15 July 2012.  Hard Rock Calling’s lineup will include a mix of edgy sounds and classic favorites from several genres of music, from singer/songwriters and pop icons, to emerging artists and legendary rock stars.
Black Stone Cherry will jet in fresh from their US tour to join the Friday 13 July bill. Also confirmed for this year’s rock spectacular are Welsh rockers Kids in Glass Houses, Skindred, combining reggae and dancehall with searing thrash and punk, and indie rockers Life In Film.
Saturday 14 July sees Scotland’s Amy MacDonald return to Hard Rock Calling. She shot to fame in 2007 with the release of This Is The Life, an album which sold over three million copies. Following a storming performance at this year’s Coachella, Dawes have been added to the bill, as well as the acclaimed savior of blues, Gary Clark Jr, South Carolina’s NEEDTOBREATHE, rockers The Night and American singer/songwriter Jonathan Wilson.
Christina Perri, American songstress and ‘Jar of Hearts’ hitmaker, is back on UK shores and joins the Sunday 15 July lineup. She has recently been on tour with James Blunt and her album lovestrong debuted in UK Top Ten. Following their 2010 reformation, internationally renowned Scottish rockers Big Country founding members Bruce Watson, Tony Butler and Mark Brzezick will play their first Hard Rock Calling.
Other exciting Sunday 15 July additions include BRIT-nominated indie band Guillemots, progressive bluegrass band Punch Brothers and virtuoso on the pedal steel guitar, Robert Randolph & The Family Band, who were chosen by none other than Eric Clapton to join him on tour. US acoustic country/folk singer songwriter Robert Ellis and London born musician Marlon Roudetten and Marcus Foster also join the bill.
This year Hard Rock gave fans a chance to have a say in who plays on the Hard Rock Calling 2012 main stage through the Hard Rock Rising global battle of the bands competition. A competition like no other, Hard Rock Rising had more than 12,000 band participants from 86 Hard Rock Cafe cities across the globe, more than 275,000 fan votes cast and celebrity judges including Hard Rock Calling 2012 performers Steven Van Zandt of the E-Street Band and Fyfe Dangerfield of Guillemots. The Hard Rock Rising winner will be given the opportunity of a lifetime – a spot on the bill with rock icons at one of the world’s most anticipated music festivals.  Visit www.hardrock.com for winner announcements.
Committed to supporting music and emerging artists around the globe, Hard Rock International hosted more than 17,000 live music events worldwide in 2011.  The brand continues its dedication to live music and support of up-and-coming artists in 2012 with the Hard Rock Rising Battle of the Bands, providing a forum for today’s hottest new talent.
"The Hard Rock Rising competition is a great opportunity for bands to be seen and heard - you get to end up playing on the same bill as Bruce Springsteen & the E Street Band for a start!, said Fyfe Dangerfield And it's great that it's international - a band from pretty much anywhere in the world could win this. I'm really looking forward to watching the winners play their slot at Hard Rock Calling, whoever they may end up being!"
Complimenting a star-packed main stage will be the Hard Rock Rising stage. New to this year’s festival, the Hard Rock Rising stage showcases Hard Rock International’s connection to the new music scene and commitment to new bands. To bring fans the hottest new artists, Hard Rock again tapped into veteran rockers Van Zandt from The E-Street Band and Dangerfield of Guillemots, who will each curate the Hard Rock Rising stage for a day of the festival.