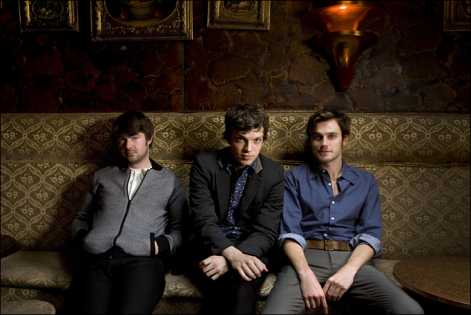 Able2UK is pleased to announced that Friendly Fires are to headline a fundraiser gig for disabled awareness at Camden’s Roundhouse on 20th August 2012. Organised by Howard Thorpe and promoted by Metropolis Music and Coda Agency, the event will also see Frank Turner (solo), Miles Kane, Steve Cradock and a mystery guest performing.

Money raised from the concert will go towards improving facilities for those with disabilities at music venues across the UK. The monies will create a brand new Able2UK area at UK festivals which will replace the standard disabled viewing platforms forthose in wheelchairs.

The profits raised will also help those who require special seating arrangements, hearing loops and even an easier way to purchase refreshments at live events, as well as protection from the sun (visors, hats etc.) and cold weather (extra blankets etc.) if required. This is not only for wheelchair users, but for the deaf, blind and those with co-ordination barriers.

Howard Thorpe, Able2UK founder says “To have a line-up of this caliber is a dream come true and will be the perfect way to launch what I hope will become an annual event promoting disabled awareness.”

Mark Wahlberg comments “People with disabilities still face prejudice on a daily basis. Things aren’t going to change overnight but if everybody can do their bit we can start making a change no matter how small it is.”

FRIENDLY FIRES are one band any music lover needs to see live and the Able2UK concert will give the audience a unique atmosphere to enjoy this incredible performance.

BILLY BRAGG is one of the UK’s most loved musicians, it’s not just his music which explains why he has been so popular for nearly thirty years but he has the ability to grip his audience in-between his songs with fascinating anecdotes.

ZANE LOWE is undoubtedly one of the country’s finest DJs. He never fails to entertain his crowds and is the perfect DJ to play on this very special evening.