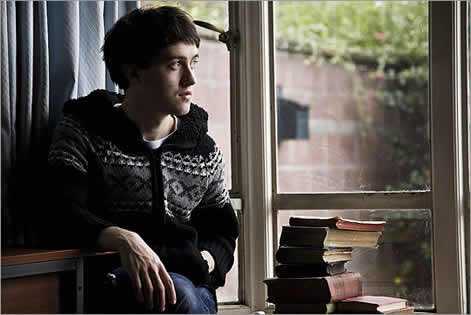 In the first of several announcements revealing plans for the bigger and bolder Deer Shed Festival 3, the team are thrilled to confirm the Villagers and more for the 2012 festival.

Deer Shed Festival has the vibe of a lazy Sunday afternoon in the perfect pub beer garden, sound-tracked by a bill that resembles the 6 Music playlist. The team behind the festival book bands they love, work with like-minded people, keep it chilled, don’t squeeze a thousand tents into a field the size of a postage stamp and don’t charge a fortune. Good old-fashioned hospitality and great bands.

Villagers will headline the Main Stage on Saturday 21st July. The moniker for singer-songwriter Conor J. O’Brien and his cohorts, 2010 saw Villagers’ debut album released on Domino Records – a Mercury Prize nomination and Ivor Novello awards quickly followed. To say that their second album (due for a late summer release) is hotly anticipated is a massive understatement. Their first UK festival appearance of 2012, the Deer Shed Festival audience are in for a captivating performance of O’Brien’s beautifully crafted songs.

Cherry Ghost will close the festival on Sunday 22nd July but this is a Main Stage headline set with a difference – the band will take to the stage at 2.45pm. Sunday is Deer Shed Festival’s long goodbye – brunch, newspapers, crafts market and, for the first time, performances on the Main Stage before the arena closes late afternoon. A fitting finale to a weekend of fine music and good times, festival-goers will head home with Cherry Ghost’s acoustic performance and Simon Aldred’s glorious voice ringing in their ears.

Beth Jeans Houghton & The Hooves of Destiny’s debut album, ‘Yours Truly, Cellophane Nose’, was released this week and has been receiving plaudits left, right and centre. Deservedly so, Houghton has an imagination the size of the planet, her music is an inventive delight blending folk with psychedelia and glam rock and her performances brim with style and drama. The Main Stage will play home to the band on Saturday.

Dutch Uncles combine incredible musicianship, sharp hooks and insanely danceable time signatures into perfectly formed music that can only be described as ‘prog-pop’. Fronted by the intensely watchable, and very energetic, Duncan Wallis, this Manchester band will headline the In The Dock Stage on Friday night.

Treetop Flyers call their music “pure country soul”. A blend of folk, rock, country and soul, this five-piece, sepia-tinged band will play the Deer Shed Festival Main Stage on Saturday afternoon. Infused with the spirit of The Band, Neil Young and Crosby, Stills & Nash, the band will provide a perfect 1970’s feel soundtrack to a summer’s afternoon.

The first act to be announced for the brand new Lake Stage is Tupelo who will headline Friday night.  Their music takes the fiddle-led acoustic approach of the Deep South and combines it with gutsy Irish folk. Joining them on the new stage will be Rachel Sermanni who performs on Saturday; this Scottish singer-songwriter signed to the Communion collective has an incredibly compelling voice and a unique talent for earthy folk melodies and dextrous fingerpicking.

We Were Evergreen, an alternative indie-electro-pop band from France play the Main Stage on Sunday. Possessing a wide-eyed, child-like joie de vivre, this Gallic trio’s mellow yet uplifting choruses will provide a suitably lovely theme tune to the Deer Shed Festival long goodbye on the last day of the weekend.

Building on the success of two well received and sold-out festivals since it debuted in 2010 (including being shortlisted for the Best Family-Festival at the UK Festival Awards 2011), Deer Shed Festival is stretching its wings a little this year with a bigger line-up that includes Main Stage and In The Dock Stage performances on all three days and a brand new Lake Stage.

Further plans for this year will be unveiled soon – more acts including the Friday night headliner, details of the new site layout which has increased by a third, a cinema tent, especially commissioned theatre productions, expanded arts and activities programme and, of course, the all-important theme. Last year’s Sky at Night theme saw Professor Brian Cox levels of stargazing before it all got so trendy.

Published on 14 February 2012 by Wayne Feltham