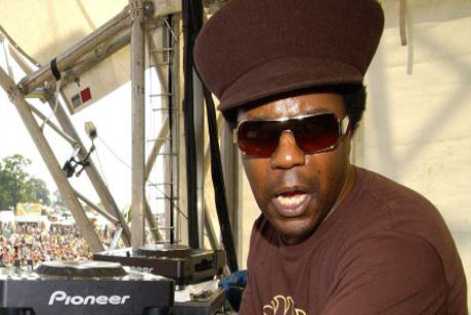 Following on from their exciting announcement at the end of 2011, Nova festival are pleased to reveal their first round of acts and partnerships for this year’s festival taking place on 5th – 8th July 2012.

Nova is a new festival created by the ladies behind The Big Chill, set deep in the valley and gardens of a beautiful West Sussex estate. The festival has teamed up with some of the most dynamic artists, music organisations and practitioners in the country to create a playground of interactive art, immersive theatre, music, literature food and drink.
Not content with sitting amongst normal music festivals, Nova’s emphasis is on big ideas sitting alongside little details, making the festival stand out as an extraordinary experience hand-crafted by a dedicated team who have unparalleled experience in ‘making it happen’. To prove it, Nova has confirmed major creative partners to conjure up bespoke happenings and activities – Rankin’s The Hunger, Battersea Arts Centre (BAC), Blinkart and The Pleasance, Sofar Sounds, Bompas and Parr, The Nest Collective, Penguin Books, The Chap and The Roundhouse with more to be announced soon.
These partnerships are not simple transportations of pre-made artworks, but rather bespoke activity which guests can interact with and contribute to. Nova’s aim is to encourage a creative community in the most democratic way, blurring  boundaries in order to create a festival experience that is as much about opening minds artistically as involving everyone in a party-like atmosphere.
Nova Founders Victoria Burns and Katrina Larkin said, “We’ve always wanted to make the development of partnerships a key part of Nova in order to create a place where normal festival goers and industry professionals alike can be involved with a constantly evolving creative landscape – as well as having a fabulous time of course”
Rankin and his team at The Hunger will be collaborating with Nova to deliver interventions by their featured artists and creatives across programmed strands of music, theatre, photography and art. They will be joining forces on original artworks and installations and seeking out the creativity of those visiting the festival, giving guests the chance to show their individual talents.
The Hunger’s Creative Director Rankin said, “What is really interesting about Nova is its commitment to community, creativity and nurturing the arts, by remaining small enough to allow visitors an experience that doesn't depend on being elbow to elbow. There are a lot of festivals dedicated to music, and it's interesting to see one that values music on a par with all other aspects of the arts.”
If you thought theatre was a passive activity taking place in a darkened auditorium, then think again and prepare for the exciting activities that BAC and The Pleasance are set to bring to Nova. BAC will present a unique programme of bite-size pieces of intimate theatre, including two shows from their acclaimed ONE-ON-ONE festival. The Pleasance will present its ‘Picks’, one of the must-see attractions for those wanting a sample of excellent theatrical and comedy treats.
The Chap are creating the Kubla Khan’s Coffeehouse next to a pop-up casino, perfect for those wishing to live on the edge. Circus, fire shows and cabaret will be led by lady of circus Red Sarah with her team of thirty very talented performers who will no doubt be spotted all over the festival site.
Nova is as much about making as it is about spectating and for that reason they’ve devised a series of creative salons and “Rude Workshops” to make sure everyone is catered for. On-the-fly creativity, dirtiness and the dropping of inhibitions is encouraged. For that reason the Nova team welcome ideas about activities the can be brought to the festival – visit the website for more on this. The Hunger will be leading some creative salons; The Roundhouse Experimental Choir & Beaty Heart will host open rehearsals and flash mob performances. Blinkart, Andrew Logan and Bompas and Parr will be on hand supporting jewellery and cocktail making, erotic photography, naked body painting, film making and set design.
Music has a prime place at Nova with Mercury nominee Ghostpoet, 4AD’s tUnE-yArDs, Ninja Tune’s Jono McCleer and hotly tipped French electro-pop newcomers We Were Evergreen set to the head up the Valley Stage. They’ll be joined by alongside festival dance cohorts Crazy P while the one and only Sir Norman Jay is set to play one of his legendary Sunday afternoon sunshine sets.
Norman and Joey Jay’s Good Times Sound System, Hoya Hoya's Krystal Klear, DJ Food, Hexstatic and The Solid Steel crew will make sure The Super Nova Cocktail bar is kept hot and the dance floor rammed. Other top class performances come from Sofar Sounds who present live, cutting edge music from their very own living room which includes a live-in host. The Nest Collective will keep the campfires burning and the music sweet and The Afri-Kokoa Allstars  provide afro-acoustic sessions around the site all the weekend.
Nova has more visual excitement in store with the screening of feature length films and live video projects, including 'The British Guide To Showing Off' featuring a live performance by Andrew Logan and friends and the live premiere of David and Peter Adjaye’s 'Music For Architecture'.
Alongside the previously announced Nova Arms festival pub, the enchanting Zen Gardens, The Fearless Theatre, The Land of The Bumbley Boo and The Wordsmithy, there is so much more to be announced - this is still just the beginning.

Published on 14 February 2012 by Ben Robinson