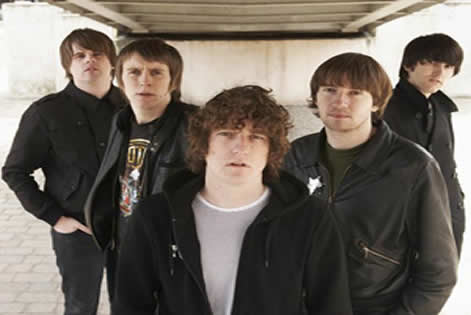 With less than two weeks to go until the 10th anniversary of The Wickerman Festival in Dumfries & Galloway (22-23 July) organisers have added The Pigeon Detectives, Nashville-based duo ChessBoxer and Glasgow-based samba band The Kings of Macumba to t

With hits including ‘I’m Not Sorry’ and ‘Romantic Type’ in their arsenal, The Pigeon Detectives’ live show is incredible and will provide a perfect warm up for The Coral before Feeder take to the stage. ChessBoxer meanwhile have been making a name for themselves touring with acts such as Mumford & Sons and Edward Sharpe and the Magnetic Zero’s and for their excursion to Wickerman they will be joined on stage by Gill Landry of Old Crow Medicine Show notoriety. Samba stars Kings of Macumba will open proceedings on the Summerisle Stage on Saturday at noon.
Local heroes The Hostiles and More From Jim, join festival veterans Bombskare and newcomers Billy Liar, The Roaches, Lady Winwoods Maggot and Cartoon Violence to complete the Scooter Tent line up.
Victorious showcase winners, Fatherson and The Fiction will open the Solus Tent on Friday and Saturday respectively. The showcase events were held at Box in Sauchiehall Street, Glasgow, which is a sponsor of the Solus Tent.
Festival coordinator Helen Chalmers said: “We’re delighted to welcome even more talented acts to this year’s Wickerman Festival. These additions, from indie favourites The Pigeon Detectives to folk duo ChessBoxer, demonstrate just why we have one of the most eclectic festival offerings in the UK.”
The Wickerman Festival takes place in Dundrennan, Kirkcudbright, Dumfries & Galloway on Friday 22 and Saturday 23 July 2011 with the original 1973 cult movie The Wicker Man as the theme where attendees are encouraged to wear fancy dress.

The Wickerman Festival 2011 The Pigeon Detectives Feeder The Coral