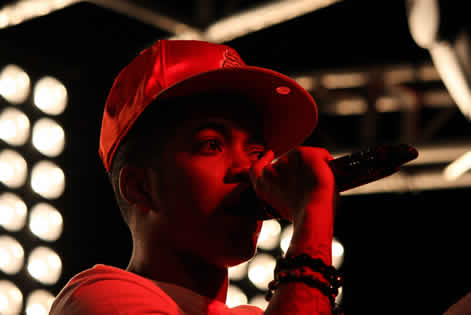 Split across 4 stages the Park had the space and variety to keep everyone entertained for 11 hours of dance, trance and drum and bass

Well the gods were certainly on the side of Escape Into the Park revellers again this year as Saturday produced the best weather South Wales had seen for a week.  A brief spell of rain earlier in the day might have dampened the streets but they were quickly dried off with the footfall of thousands flocking to Wales' biggest dance music event.

Headliners this year included Eddie Halliwell, Headhunterz and Pendulum as well as the usual plethora of elite DJs to keep the crowds bouncing.

Split across 4 stages the Park had the space and variety to keep everyone entertained for 11 hours of dance, trance and drum and bass.  The main stage did display some more mainstream acts though this year, including Chipmunk, who didn't attract the larger crowds of hardcore revellers seen in previous Escape festivals.  This left the main stage field lacking in the vast crowds seen before and indeed the event as a whole this year was down to almost half the numbers regularly attending.

This didn't dampen the spirits of the house fans packed into both the Trance and Bionic tents however, with the latter certainly keeping the energy levels up.  An absolutely electric performance of spirited MC-ing by Bionic resident Shocker saw him keeping the arena packed for most of the day. With easily 5 hours on stage throughout the day the local hero demonstrated he was certainly the one to photograph.

Elsewhere Radio 1 favourites Judge Jules and Jaguar Skills provided the standard for fresh hard houses mixes that ensured everyone was catered for.