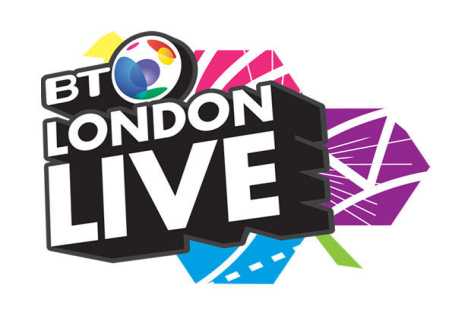 BT London Live is a series of events which are FREE, fun, family-friendly, sports and entertainment days out. It is an opportunity for thousands of Londoners andvisitors to enjoy a wonderful day out, with fun for all the family including: Have-A-Go-sports, watching every medal and all the Olympic sporting action beamed in live, courtesy of the BBC on giant, state-of-the-art screens and enjoying amazing live music performed by some of the best of Britain’s musical acts, all absolutely FREE! Hyde Park will open from 28 July - 11 August and Victoria Park from, 27 July – 12 August.

At Hyde Park: visitors will enjoy various sports participation activities (Badminton, Netball, Tennis, Modern Pentathlonamong others) as well as cultural and musical performances on the BT Vision Stage, attractions including face-painting at The Sun Bus, or moving into the Great Games Zone in Cadbury House to get a taste of what it’s like to be in the shoes of an Olympic athlete, head to head in a virtual race with Rebecca Adlington before receiving a celebratory chocolate medal. There will also be other music and retail opportunities around the Serpentine Bar and Bandstand. The Main Stage in Hyde Park will feature a host of great musical artists including: Tom Jones, Rebecca Ferguson, Alexandra Burke, Amy MacDonald, McFly, Saint Etienne, The Overtones and The Temper Trap. BT London Live is proud to announce that Ocean Colour Scene, Ren Harvieu, Cover Drive, The Enemy, Lemar and The View have all been added to the main stage line up presented by Absolute Radio (Official national radio station of BT London Live)- and Magic FM (Official London radio station of BT London Live)

For BT London Live sites book your Guaranteed Entry Ticket in advance (there is a transaction fee of £3.50 for a maximum of 4 tickets per booking) or just walk up on the day for free entry (subject to capacity).

BT London Live’ is a partnership between the Mayor of London, The Royal Parks and The London Borough of Tower Hamlets, and is a key part of the citywide programme of events being organised by the Mayor of London to celebrate theLondon 2012 Games.