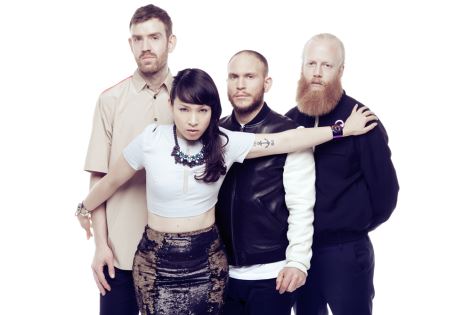 A boutique festival renowned for punching above its weight when it comes to stellar live acts, Standon Calling has unveiled a myriad of top talent to join in on its 10th birthday celebrations.

Pop outsiders Little Dragon have never been afraid to push the envelope with a slew of sensational albums under their belts, each as unique as the rest. The band's third album Ritual Union skyrocketed them into critical acclaim, yet they've kept their heads and still continue to deliver intriguing and unpredictable music as well as an electrifying live performance that will be seen at this year's Standon Calling. The Dandy Warhols are certainly no strangers to live shows, having celebrated their 20th anniversary last year and toured with the likes of David Bowie, Tom Petty and The Rolling Stones. Standon Calling are proud to announce the Portland band will perform their only live show at this year's tenth birthday and will be an absolute must see over as they wow crowds with their favourite tracks from their eight album back catalogue along with brand new material.

This year's Standon Calling promises to be the biggest yet. What started as a birthday BBQ and DJs with a handful of friends has become the perfect summer escape for festival-goers, offering renowned and upcoming acts, art, comedy, fancy dress and of course its own heated outdoor swimming pool. Expect an innovative new day-to-night programme that will see the festival embrace its dual persona of packed out fun for all by day and then more mischievous side as a myriad of hedonistic surprises are unveiled for when the sun goes down.