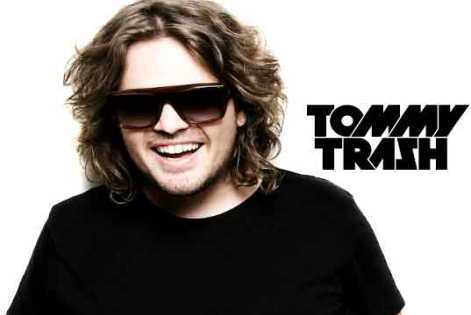 The first new name to be announced, off the back of his break out single Are You Not Entertained is Dot Rotten. The South London grime artist, who was nominated for the BBC’s Sound of 2012 poll makes his GlobalGathering debut.

GlobalGathering - the UK’s most diverse and progressive electronic music festival today announces additions to the line-up for the 2012 event, taking the list of acts confirmed to undeniable levels of greatness.
The festival returns to Long Marston Airfield, Stratford Upon Avon on Friday 27th and Saturday 28th July for its 12th year, featuring headline performances from Tinie Tempah, Chase & Status, Armin van Buuren, Skrillex and Friendly Fires.
The first new name to be announced, off the back of his break out single Are You Not Entertained is Dot Rotten. The South London grime artist, who was nominated for the BBC’s Sound of 2012 poll makes his GlobalGathering debut in style this year and is set to tear up the Main Stage.
GlobalGathering are also pleased to today announce two new stages to add to the list of heavyweight hosts set to storm Long Marston Airfield. The first, joining the likes of UKF Bass Culture, Hospitality, Rinse and Visionquest are Birmingham-based promoters Ec-lectricity. The Ec-lectricity Presents stage will showcase their knack of breaking down musical barriers, combining this with top-notch event production on the brand new outdoor stage featuring mind blowing LED visuals whilst bringing the very best electronic music out there across the genre spectrum.
Leading the Ec-lectricity Presents charge will be Tech House titan James Zabiela, alongside the indefinable outfit behind one of this year’s biggest dance floor bangers yet, Get Out Of My Head – Redlight. Experimental dub label Hessle Audio will bring Pearson Sound, Ben UFO and Pangaea to proceedings, whilst versatile breakbeat operator Breakage, and DJ and Producer Mosca – whose influences range from dancehall to tech house – will reflect the mashed-up genres on offer from Ec-lectricity. Also playing the arena that’s sure to have every type of dance fan paying it a visit over the weekend are Jackmaster, along with Roses Gabor (Live), Rockwell and George Fitzgerald.
Also announced today, the House stage will offer up anthem after dance anthem from world-renowned purveyors of the finest party songs around. One of the brightest new lights on the house scene, 22-year old Nicky Romero, makes his GlobalGathering debut this year. The Dutchman has already collaborated with the likes of Fedde le Grand and David Guetta, and said:
“I’m really looking forward to playing this awesome festival... It will be my first time so GlobalGathering fans better get ready to get their socks rocked off… See you soon!”
Joining Romero is Tommy Trash. The larger-than-life personality famed for his riotous live shows is a self-confessed mixing machine, with his work being given the nod by the likes of Armand Van Helden, Moby, Steve Aoki and Swedish House Mafia vs. Knife Party.  Also on the bill and keeping the energy in the House arena high will be banana and champagne loving Swedes Dada Life – sure to stay true to their motto “Big tunes, no frills.” R3hab and Rob Guson complete the bill.
With plenty more surprises up its sleeves for 2012, GlobalGathering will be continuing its tradition of upping its offering and improving the experience year-on-year – developing the festival layout, bringing audiences the best in new electronic music first, offering up staggering new production concepts and comprehensive lineups.