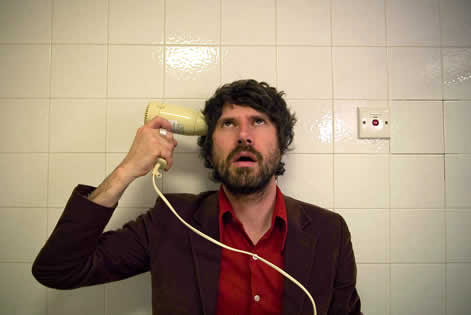 Gwyl Gardd Goll will be presented over a three-day weekend this year. It aims to live up to its reputation as being an affordable family event in a glorious open-air atmosphere overlooking the mountains of Snowdonia, from 22nd - 24th July

Around a thousand people attended last year’s afternoon event, hosted in its new setting at Y Faenol estate, near Bangor in North Wales. After winning The National Outdoor Events Association’s Small Event of the Year award, as well as BBC Radio Cymru C2’s Best Festival in Wales award once again, the festival hopes to inspire people back for a three-day feast of musical delights.
Gwyl Gardd Goll will impress those seeking an affordable cultural weekend event for people of all ages to enjoy, as well as alternative music lovers. The festival has organized a glittering weekend lineup, and is over the moon to announce this year’s headliners as Gruff Rhys, Echo & The Bunnymen, and Badly Drawn Boy. The lineup also includes Jonny, Gallops, Y Niwl, Race Horses, and Kate le Bon to name just a few.
Gruff Rhys, lead singer of Super Furry Animals and local to the area, has just released his third solo album, Hotel Shampoo. It has been described as ‘his most ambitious and fully realized yet.’
The festival, now in its fifth year, has come to be known as a summer tradition in North Wales, and will no doubt be remembered once again as people’s highlight of the summer. It is unique for offering spectators a supernatural experience of immersing in contemporary music amongst the majestic views of Snowdonia.