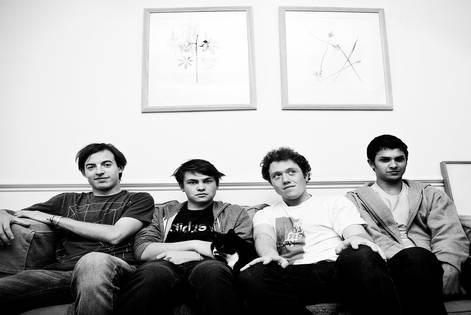 Headlining Underage Festival are Bombay Bicycle Club who make a triumphant return having first played the show in 2008.  With two, much lauded albums under their belts and an eagerly anticipated third album due this summer Bombay Bicycle Club are the finest exponents of anti-aging, indie pop whose tales chronicle just what it means to be young and restless in the city.  Their carefree, youthful exuberance and boyish charm mark them out as the perfect headliners for this year show.

Janelle Monae is also secured for 2011.  A true musical visionary, this cyborg disco diva takes her conceptual soul music to far out places.  Championed by Outkast’s Big Boi and P Diddy, Janelle’s music is stunningly ambitious and her performance is set to be a must see moment of this 5th Birthday celebration.

One of the stars on last year’s Underage Festival was Fugative, the 16 year old who seemingly came from nowhere to enrapture the Underage audience with his looks, hooks, colourful rhymes and beats that belie his tender years.  Unknown no more, Fugative is back by popular demand to perform tracks from his ‘No Goin’ Home’ album. Sunderland band Frankie and the Heartstrings make music of an altogether different leaning and continue to put the lead in the pencil for fans of proper indie whilst fellow north east band The Chapman Family play tracks from their debut album ‘Burn Your Town.

With well over 10 million YouTube views comedy sensations The Midnight Beast showcase their hilarious musical parodies of Ke$ha, Jay Sean and Chipmunk whilst singer and rapper Maverick Sabre continues his bold quest to make “Classic Music” that appeals to ravers and fans of guitar music.  This Professor Green collaborator’s debut album is imminent and he is eager to road test it live to the legions of excitable teens at Underage.

With many more acts to be announced, Underage continues to provide a platform for the most ground breaking artists to perform in front of a rapturous teen audience. For the full line up so far click here.