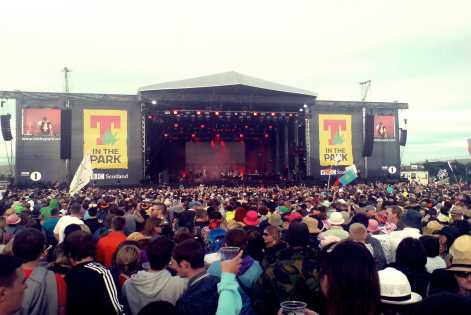 T in the Park is officially No.1 for value for money. In a study recently carried out by website vouchercodes.co.uk.

T in the Park is officially No.1 for value for money.  In a study carried out by website vouchercodes.co.uk, which looked at the cost of a weekend ticket compared with the price of seeing the top 5 acts each day separately, T in the Park 2012 was the clear winner amongst UK Festivals, showing a saving of £291 for festival fans.

This years’ festival brought the biggest names from across the globe to delight 85,000 festival fans per day.  Over 200 brilliant bands and artists, performing across 11 stages, during 3 spectacular days, giving 186 hours of incredible live music to the world’s most passionate festival fans.

Highlights included headliners Snow Patrol, The Stone Roses and Kasabian plus Calvin Harris (the most successful songwriter in the UK singles chart in 2011), New Order (responsible for the best-selling 12 inch single of all time), David Guetta (the world’s most popular DJ/Producer -  over 3 million album and 15 million single sales worldwide), Nicki Minaj (highest charting solo female rapper in UK Official Albums Chart history with a multi-platinum selling debut album which boasts the most charted singles by any female rap album in Billboard history) and Jessie J (the first UK female singer ever to score six Top Ten hits from one album).

There is no beating T in the Park in terms of line-up and atmosphere and organisers DF Concerts and founding partner Tennent’s Lager are proud to continue what they do best – put on the top Festival in the UK, at brilliant value.  Roll on T in the Park 2013 – a 20th year Festival extravaganza that will go down in history.

Published on 06 September 2012 by Wayne Feltham