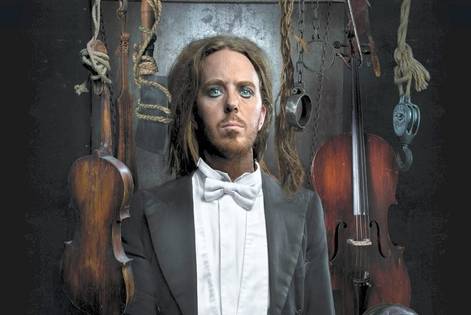 The Apple Cart takes place on a leafy, tree-lined part of Victoria Park, on Sunday 7th August 2011 from 11am until 10pm.

From the people behind the Underage and Field Day festivals – The Apple Cart will sit on the Sunday of the same weekend, in the same location however with a truly innovative and one of a kind programme it promises to appeal to a new generation of festival goers and families alike.

Comedy rock superstar Tim Minchin has been announced as the festivals comedy headliner. Tim Minchin who describes his act as a "funny cabaret show" has appeared on TV shows including BBC’s Never Mind the Buzzcocks, Friday Night With Jonathan Ross, as well as performing to sell-out 5000 strong crowds around the world with his symphony orchestra. Minchin has also written the music and lyrics for RSC’s new musical version of Roald Dahl’s Matilda and performed at The Royal Albert Hall. Tim Minchin continues to push the comedy boundaries and continues to pull it off.

There’s also a heavyweight comedy line up from Laughing Boy Comedy Club with belly laughs coaxed by The Late Edition’s Marcus Brigstocke, Paul Chowdhry, Doc Brown whose unique brand of comedy rap saw him support Mark Ronson on tour and 8 Out Of 10 Cats & Stand Up For The Weeks Jon Richardson plus the sublime observational comedy of Simon Evans and Irish Comedy Hip Hop Improv superstars Abandoman.

Also confirmed for the music stage, The Magic Numbers who swiftly rose to prominence in 2004 when their eponymous debut album was shortlisted for the Mercury Prize and James Yorkston (singing songs old and new and reading excerpts from his acclaimed literary debut The Touring Diaries of a Scottish Gent which was published by Domino in February).

DJ sets will come from three gents with impeccable taste: BBC Worldwide Gilles Peterson, Sean Rowley of Guilty Pleasures and the Joy of Music and Dexys Midnight Runners Kevin Rowland.  To add to all that, Chilly Gonzales brings his acclaimed piano talk show last seen at the Pigalle Club to headline the cabaret stage.