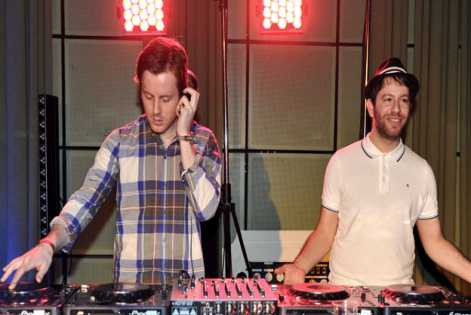 Spectrum went HUGE in 2011, moving to London and making a name for itself with big lineups, stunning production and don’t-miss parties. Now this genre-defying underground club brand goes bigger and better, making a return to London's best warehouse space – Great Suffolk Street Warehouse, the scene of two of last year's most memorable parties.

Welcoming back the Brit Award-nominated Chase & Status to headline with a DJ set, accompanied by MC Rage. The London-based drum’n’bass/dubstep act have gone from strength to strength in the last two years and now command headline slots at many of the world's best-known festivals. Chase & Status tore apart Spectrum in July 2011 – do not miss this!

Sub Focus is one of the bass scene's brightest stars. The huge Flare Audio soundsystem is guaranteed to get a workout of epic proportions as Nick Douwma smashes Spectrum with a big DJ set.

Disclosure play live – an act chosen by both Zane Lowe and Huw Stephens as a hot pick, they’ve just supported SBTRKT on the latest sold-out tour. We all remember Ben Westbeech’s d’n’b bangers. More recently his house slanted project BrEaCh has been grabbing the headlines, with all his usual hallmarks of quality throughout.

For the dubsteppers, MTA’s Killsonik make their Spectrum debut, as do drum’n’bass hotshots Major Look, who perform a live PA. Spectrum also welcomes Zombie Kids from Madrid to close the main room. And, as always, Spectrum head honcho Pete Jordan hosts this all-star cast. And there’s more still to be announced…

Get your tickets for this now – before they sell out!

For more info on tickets go to Warehouse Events