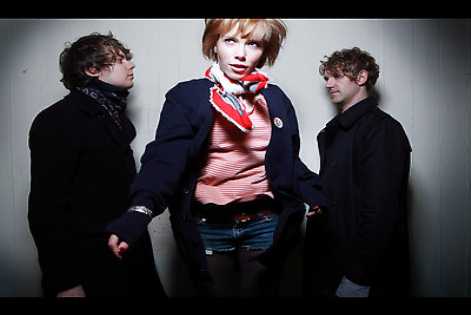 Tramlines, the free for all music festival, is back for 2012 and is free-er than ever, with a line up that money literally can’t buy.

After winning Best Metropolitan Festival at the UK Festival Awards, the Tramlines Team is ready to deliver one of their best line ups yet.
Regular line up announcements will be made over the coming weeks. Already confirmed to headline the Main Stage are Roots Manuva and We Are Scientists. Also gracing the Main Stage on Devonshire Green will be Ms Dynamite, Field Music, Frankie & the Heartstrings, Beth Jeans Houghton & The Hooves Of Destiny, Chew Lips, Charli XCX and Clock Opera.

The Alternative Stage on Barker’s Pool has yet another strong line up on both days including 65daysofstatic, Rolo Tomassi, Future Of The Left, Esben & The Witch, Mazes and Frankie Rose

This year the Dance World has been expanded for 2012 - taking over two venues up at Sheffield University. Steel City DJ and producer Toddla T is curating the Main Stage at the Dance World on Saturday night. Toddla Sound will lead another strong line up including Benga & Youngman, and Jackmaster. . This is the fourth year that Toddla T has been involved in the festival.

Cornell Campbell & Top Cat with Soothsayers Band, and Rafiki Jazz will headline the World Music Stage on the Peace Gardens, and James Yorkston will play the Folk Forest at Endcliffe Park.

This year’s free, ticketless, music festival runs from Friday 20 July 2012 until Sunday 22 July 2012 with over 70 venues taking part and thousands of music lovers expected in the city. Last year saw over 150,000 music fans in Sheffield across three days.

Sarah Nulty, Tramlines Festival Director said: “We are really proud of this year’s line up. Tramlines really is a festival like no other. We give music fans a chance to see their favourite artists absolutely free, and this year we are giving people even more for their nothing.”

Covering all musical genres from indie, electronica and blues to world music, folk and everything in between - Tramlines offers an eclectic mix of music.

The free for all festival, one of the biggest in Europe, gives festival-goers a chance to see Sheffield’s diverse musical community showcasing emerging and established artists. This year’s festival is again being sponsored by Nokia.