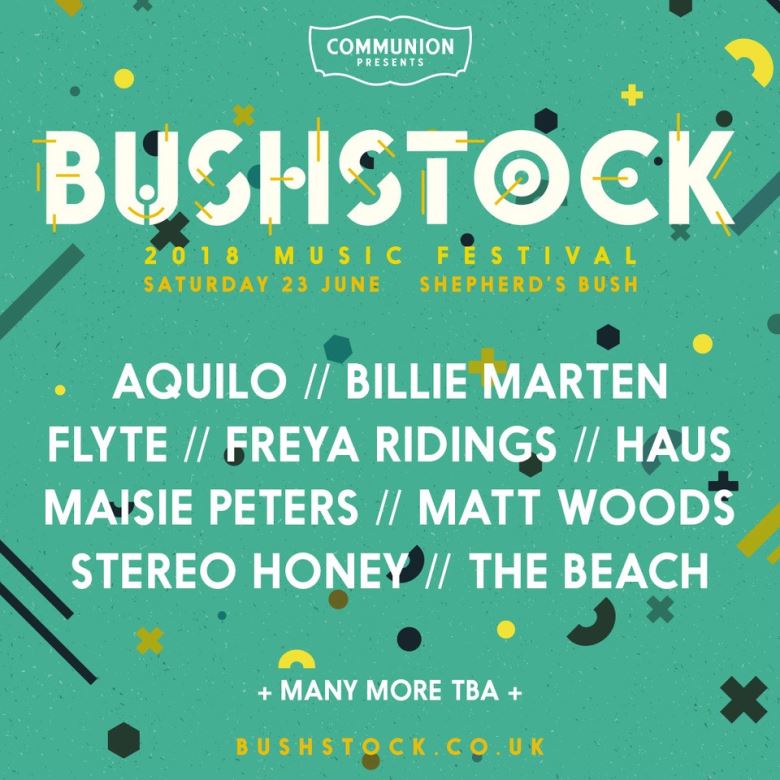 Bushstock Festival will return to West London for one day of live music at various venues around Shepherd’s Bush on Saturday 23rd June 2018.

. Today marks the announcement of the first artists to play this year’s festival. Joining the lineup will be: Flyte, Haus, Aquilo, Billie Marten, Freya Ridings, Maisie Peters, Matt Woods, Stereo Honey, and The Beach, with many, many more to be announced in the coming months.

2018 promises to be bigger and even better than last year’s sold out event, which saw memorable performances from the likes of The Staves, Bruno Major, OUTLYA, Spring King, Jade Bird, and Isaac Gracie, as well as Avante Black who won a spot on the lineup through an Apply To Play competition, in keeping with the Bushstock ethos for profiling the best new talent.

Run in collaboration with Music Glue, the competition offered one lucky winner an opportunity to open a stage at the 2017 festival. More than 1400 competition applications were whittled down to Avante Black who was crowned the winner. Since playing Bushstock last year, Avante’s career has ascended rapidly - she’s bagged herself a spot on the Live at Leeds festival lineup as well as playing her own headline shows, whilst her single ‘Acid Love’ has been featured as a BBC Introducing Record of the Week.

Published on 05 February 2018 by Ben Robinson