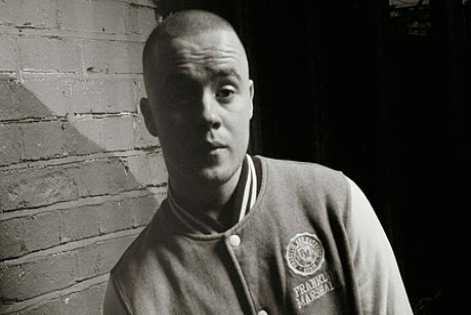 Performing between August 31st and 2nd September this new set of acts join the brilliant DJ Fresh, The Pigeon Detectives, Hard-Fi, The Charlatans, Miles & Erica and The Lancashire Hot Pots, with more headline names to be revealed shortly.

As the countdown to the summer festival season begins in earnest, Bingley Music Live's line up is looking like an absolute corker. After our initial performer announcement, we’re delighted to reveal the latest five additions to the weekend programme as Maverick Sabre, Delilah, The Idiot B*stard Band, StooShe and Yes Sir Boss.
Performing between August 31st and 2nd September this new set of acts join the brilliant DJ Fresh, The Pigeon Detectives, Hard-Fi, The Charlatans, Miles & Erica and The Lancashire Hot Pots, with more headline names to be revealed shortly.
We’re lucky to have secured one of the brightest stars that shot onto the scene last year the exceptionally gifted Maverick Sabre. The arrival of his critically acclaimed debut album Lonely are the brave, introduced his distinctive soulful vocals and uncompromising lyrical content; painting a vivid portrait of 21st century urban life.
Hotly tipped solo artist Delilah brings her broad musical education to Bingley. The 22-year-old recently toured with 2011 BML headliners Chase and Status. A self-confessed bass lover, Delilah’s sound is lit-up by diamond-sharp snares and deep string arrangements. With an 18-month plan to achieve arena-filling status there is a beautiful intimacy that underlies her up-front energy, helping set Delilah apart.
Then bringing a riotous mix of mischief and upfront attitude to the weekend is the bold, brash and ballsy StooShe. The London based trio presents a gggggirrrrlllll power manifesto for the 21st century. Funny, uncompromising and really rather talented you’re sure to be swept up by their brilliant weirdness.
2012 is set to be a year of expansion with a series of improvements planned for BML. One of the main areas to benefit from this investment will be the Raise the Roof stage. To this end a new musical policy has been developed to provide a point of difference to the main stage while maintaining a high calibre of bands.
With this in mind we’re really excited to be welcoming four modern-day comedy heroes. Bradford born Ade Edmondson joins Neil Innes, Phil Jupitus and Rowland Rivron as The Idiot B*stard Band: dedicated, as you might expect, to the comic song. Igniting the stage in
a heady mixture of excitement, unpredictability and (deliberate – we hope) catastrophe! The famous four bring a range of instruments including their kazoo, triangle, coconuts and rude shouting to ensure a rowdy highlight to proceedings.
Then also shaking down the Raise the Roof Stage with their funky, rootsy, uplifting tunes will be Yes Sir Boss, who recently signed to Joss Stone’s newly established label Stoned Records. Building on a series of successful 2011 festival slots the Bristol-based rabble of six are an ecstatic meeting of diverse sound. With an album waiting in the wings and a series of horn led hooks, offbeat rhythms and epic riffs Yes Sir Boss are sure to get y’all going.
Big Heart, Big Sounds
Now in its 6th year, Bingley Music Live (BML) has firmly established itself on the festival circuit; consistently impressing audiences and performers alike with its intimate, friendly atmosphere and professional organisation. The chance to really get up close and personal to your favourite bands is one of the event’s stand-out features and means that festival goers can eagerly anticipate getting to the heart of the action.
The newly refined and retuned Raise the Roof stage will include a bigger tent and beefed-up production. This year also see the introduction of a new third stage. Organised in association with the Musician’s Centre the new stage is dedicated to local talent and will focus its attention on uncovering the latest unsigned talent. Local bands can apply online http://musicianscentre.com/bml. The closing date for applications is Monday 7th May.
BML also benefits from its amazing venue, Myrtle Park, the perfect festival location. Set in a natural amphitheatre and bordered by stunning mature woodland near the pretty river Aire, first timers are always blown away by the beauty of this hidden gem.
With its picturesque backdrop BML is a great destination for families of all ages wanting to share the festival experience. Not only is there space to chill out under the shade of a tree there are also a whole host of specially organised kids activities in a dedicated family area which are being further improved for 2012.