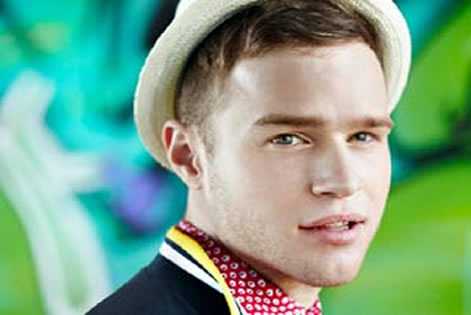 Chart topping singer-songwriter Olly Murs has been confirmed as the second major act performing at this summer’s Love Luton 2012 Festival.

Also announced today were five other acts confirmed for the Love Luton 2012 Festival!

As one of the UK’s best selling emerging solo artists over the last two years, Olly Murs continues to dominate the charts with four number one singles, a Brit Award nomination for Best British Single and a sell out tour. Both his albums have gone double platinum selling over 1.3 million albums combined.

Olly Murs will perform on Saturday 7 July at Popes Meadow as part of the spectacular four-day festival.

The announcement was made earlier today (Saturday 4 February) at The Mall, followed by a personal message from Olly Murs himself on a big screen.

Olly said he was looking forward to performing in Luton as part of July’s Love Luton 2012 Festival.

Joining The Wanted on Friday night will be rising Irish pop star Aisling O’Reilly. Luton Borough Council will be announcing the rest of the line ups for the two Popes Meadow performances over the next few weeks.

“Olly’s smooth vocals and cheeky smile have made him incredibly popular with Lutonians, and because of his amazing profile, securing his talents is a wonderful boost to the town benefiting our music lovers and visitors. The hat wearing Olly will help us to sell Luton to the world.”

Cllr Hazel Simmons, Leader of Luton Borough Council, said: “Olly Murs and The Wanted are two of the biggest acts to ever come to Luton and will add so much buzz and excitement to what is already going to be the most spectacular weekend in Luton’s history."

The Love Luton 2012 Festival will be packed with a huge range of activities including a spectacular carnival parade, school games, fireworks displays, Mela activities along with a kaleidoscope of music, comedy and dance leading up to a special Olympic Torch celebration event.

The University of Bedfordshire was named as the first platinum sponsor of the Love Luton 2012 Festival, while Heart FM has recently signed up to the gold sponsorship package.