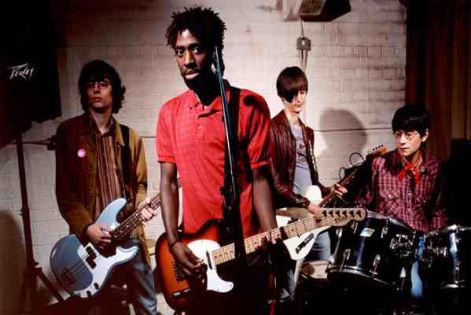 The Isle Of Wight Festival 2013 have today announced more acts on the line-up including, Paloma Faith, The Maccabees, Happy Mondays, Fun and many more.

The Isle of Wight Festival plays host to the biggest names in music, over one atmospheric action-packed weekend.  Today the Isle of Wight Festival is proud to announce an array of the hottest new and established artists around who will be joining headliners The Stone Roses and Bon Jovi for the first major music Festival of the summer.  Jake Bugg, The Script, Bloc Party, Paloma Faith, The Maccabees, Ellie Goulding, Happy Mondays, Fun, Bonnie Raitt, Imperial Teen, The Farm, Blondie and Republica, will now be appearing, plus more to be announced in the coming weeks. Tickets are selling fast for what will be an unforgettable experience, head to www.isleofwightfestival.com to get yours NOW!
Jake Bugg is the most exciting new singer songwriter in the UK and will be making his debut appearance on the Isle of Wight Festival’s Main Stage on Friday 14th June.  Also joining the Main Stage bill on Sunday 16th June will be one of the biggest & best-loved bands, The Script, who return with their meticulously-crafted, meaningful songs.
The Isle of Wight Festival Main Stage has seen many epic performances and 2013 will be no different, with the addition of Bloc Party, a band that has shaped the sound of modern British guitar music and will be appearing on Saturday 15th June. Returning for the second time will be Festival favourite Paloma Faith, who will be captivating the crowd on Sunday 16th June. Next up, South Londoners, The Maccabees will also be performing their well crafted yet off-kilter alt-pop songs ahead of Bloc Party on Saturday 15th June.
Paloma Faith says: “So excited to return to one of my favourite music festivals this year and hope the sun shines as beautifully as it did when I last played.”
Taking the Big Top by storm, Ellie Goulding comes to the Island on Friday 14th June following a special, campers only headline performance from iconic Manchester band, the Happy Mondays on Thursday 13th June.  Over on The Garden Stage, band of the moment Fun, make their Festival debut on Friday 14th June.  If that wasn't enough, American singer Bonnie Raitt will be performing on the Main Stage on Saturday 15th June, while one-of-a-kind symphonic pop quartet Imperial Teen take on The Garden Stage on Sunday 16th June.
For a second-to-non party atmosphere, the Isle of Wight Festival’s Big Top is the place to be. After reforming in 2011, legendary Liverpool band, The Farm are gearing up for an unforgettable campers only evening on Thursday 13th June. What’s more, one of music’s most acclaimed groups, Blondie, will be headlining on Sunday 16th June. Fans will also be treated to a performance by techno-pop punk rock Republica under the roof of the Big Top on Sunday.
Blondie says: “Oh the Isle of Wight Festival is one of the best and most famous Festivals in the world.  Can't wait to play it again this coming summer, 2013.  Blondie plays Isle of Wight, 2013, YEAH!”
John Giddings, the Festival’s promoter, says: “We are proud to present some of the best new music around, together with artists who helped scope the face of modern music- it’s a stunning combination so far.”
For the ultimate summer experience, look no further than the Isle Of Wight Festival 2013 where the biggest artists, the best atmosphere and the most stylish people come together to create an amazing weekend. More spectacular acts will be announced in the coming weeks, so make sure to keep up to date with all the latest news at www.isleofwightfestival.com.
The iconic Main Stage will see headline performances from the Grammy award winning Bon Jovi plus a UK festival exclusive from The Stone Roses. For more of an intimate experience, The Garden Stage has stunning acoustic performances while the Big Top gets the party going. The Isle of Wight Festival has something for everyone, so don’t miss out on one of the best events of 2013.

Published on 03 December 2012 by Wayne Feltham