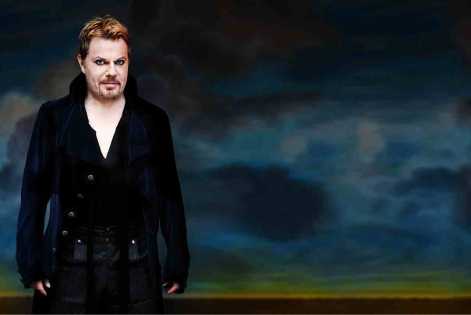 Comic genius Eddie Izzard has been announced to perform at the Eden Sessions on Monday June 3, 2013.

Eddie Izzard will be performing at the Eden Sessions as part of his 2013 tour Force Majeure.

Born in the Yemen and brought up in Northern Ireland and Wales, Eddie attributes much of his comic style to Monty Python and Spike Milligan.

Along with his lavish on-stage costumes, Eddie is famed for his improvised, observational humour, which sees him pursue tangents of history, politics, cross-dressing and popular culture.

Since making his debut on the comedy circuit in the late 1980s, Eddie has notched up an impressive catalogue of work, including hit shows Glorious, Dress to Kill and Circle as well as a string of high-profile acting roles.

Eddie has appeared in films as diverse as Oceans 12, Valkyrie and Cars 2 along with roles in The Day of the Triffids, The Good Wife and as Long John Silver in the recent adaptation of Treasure Island.

Aside from touring and acting, Eddie completed the mammoth task of running 43 marathons in 50 days. In 2009 he ran the 1,000 miles through Scotland, Ireland, England and Wales in aid of Sport Relief.

In 2011, Eddie performed and sold–out Madison Square Garden in New York. He spent a three-month residency at the Théâtre de Dix Heures in Paris performing STRIPPED: ‘Tout en Francais’ (in French) and then become the first stand-up to play a solo show at Los Angeles’ legendary Hollywood Bowl.

Force Majeure will be the most extensive comedy tour ever. It begins its mammoth journey around the globe during spring 2013. From Cardiff to Kathmandu, Moscow to Mumbai, Eddie will visit 25 countries throughout Europe, USA, Africa, Russia, Australia, New Zealand, India, Nepal and the Far East.

Martin Williams, Eden’s Marketing Director, said: “We are immensely excited to be able to announce Eddie Izzard as our first Session of 2013."

“We are building a strong tradition of comedy at the Eden Sessions, with the likes of Bill Bailey and this year’s headliner Tim Minchin, and Eddie is no exception. The beautiful landscape of Eden is a wonderful setting in which to experience Eddie’s fantastical flights of comedy.”