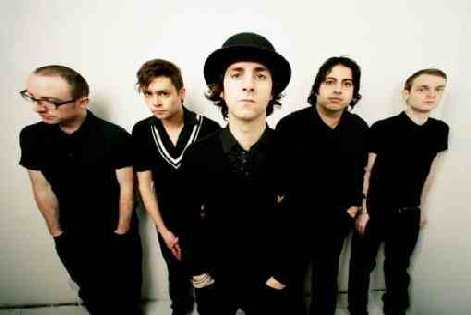 The British rock band will join other moo-sical acts on stage at the festival which, for the first time ever, is heading up north to Manchester’s Heaton Park as well as taking up residence in it’s usual Clapham Common location in London on the 23rd and 24th July.

Maxïmo Park, who will headline the Manchester festival on Saturday 23rd July and the London festival on Sunday 24th July, join Gary Numan, The Duke & The King, Little Comets and Sound of Rum on stage for the musical extravaganza.

As ever, there will be fun-filled activities for everyone, including fairground attractions, social activism, and plenty of hoof tapping! And of course, the traditional petting farm and less traditional bare toe wrestling will be back by popular demand. Additional band line-ups are yet to be announced, but previous musical talents gracing the Ben & Jerry’s stage have included Florence & The Machine, Scouting For Girls, Marina and the Diamonds and Doves.

This year flavour fans will be able to sample the entire range of Ben & Jerry’s Fairtrade flavours – including the new Coconutterly Fair – a mouth-watering mix of chocolate ice cream with a coconut caramel swirl and chocolatey covered coconut caramel crunch pieces.