This festival story is born under a magical hill which opens its doors for the animals to come out and play. Each year the festival will introduce a new creature - this year they celebrate the Owl, our guardian who will keep watch over us.

The festival will showcase a diverse range of music, with a variety of influences, including Reggae, Ska, African Bass, Electroswing, Punk, Funk and more.

We have announced our headline act, Sam and the Womp, whose debut single ‘Bom Bom’ shot straight to No 1 in the UK music charts in August 2012 and has sold over a million copies worldwide.

A.Skillz, Tankus The Henge and The Underground Hippy are just three of the hugely successful and interesting acts set to appear over the weekend. 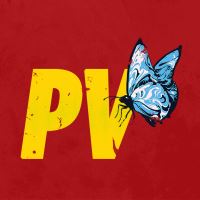