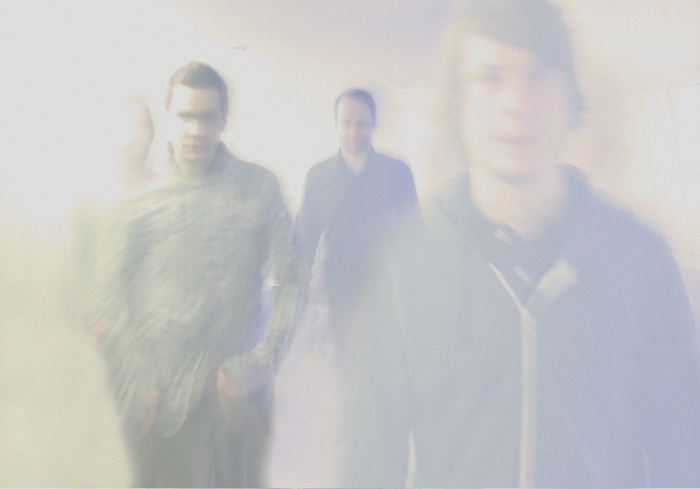 Sigur Rós are an Icelandic post-rock band. The name is derived from the name of lead vocalist Jónsi Birgisson's little sister, Sigurrós. They hail from the same creative and vibrant Icelandic music scene as múm and Amiina. They released their first ever foray into film-making with their tour documentary, Heima in late 2007.
Jón Þór Birgisson (Jónsi), Georg Hólm, and Ágúst Ævar Gunnarsson formed the group in Reykjavík, Iceland in August 1994. They soon won a record deal with a local record label, Smekkleysa (Bad Taste). In 1997, they released Von (Hope) and in 1998, released a remix collection named Von brigði. The name is Icelandic wordplay: Vonbrigði means "disappointment," but Von brigði means "hope alteration." (In English, the album is sometimes known by the alternative name "Recycle Bin.")
International acclaim came with 1999's Ágætis Byrjun ("An alright start"), for which the band were joined by Kjartan Sveinsson. The album's reputation slowly spread by word of mouth over the next two years. Soon, many critics worldwide hailed it as one of the best albums of its time and the band was playing with Radiohead and other big names. Drummer Ágúst left the band after the recording of Ágætis Byrjun and was replaced by Orri Páll Dýrason.
After the release of Ágætis Byrjun, the band became perhaps most well known for Birgisson's signature style of playing guitar with the bow from a cello, accentuated with reverb, creating a sweeping, fluid sound that is unique for an electric guitar.
In early 2001, Sigur Rós set out to record some songs in their newly-completed álafoss swimming pool studio with their friend Steindór Andersen who is a fisherman and chairman of the Icelandic poetry society, Iðunn. Steindór is a chanter/singer of the traditional Icelandic epic poetry form, called "rímur," for which the band named their next EP, Rímur. Only 1000 copies of the EP were printed and sold in the spring tour of 2001.
In 2002, their highly anticipated follow-up album ( ) was released. Upon release all tracks on the album were untitled, though the band later published song names on their website. Famously, all of the lyrics on ( ) are sung in vonlenska ("Hopelandic"), nonsensical vocalisations which resemble the sound of the Icelandic language. It has also been said that the listener is supposed to interpret their own meanings of the lyrics, which can then be written in the blank pages in the album booklet.
In October of 2003, Sigur Rós joined Radiohead in composing music for Merce Cunningham's dance piece Split Sides; Sigur Rós’s three tracks were named "Ba Ba," "Ti Ki," and "Di Do" and released in March of 2004 on an EP titled Ba Ba Ti Ki Di Do The three songs are separate tracks, but the band intended that all three be played at the same time to form one single song. The band's 1997 debut album Von also finally found a United States and United Kingdom release in October of 2004. Their latest full-length album, Takk... (Thanks...), was released on September 13, 2005, with a free legal download of their first single, "Glósóli," made available on August 15. For North American fans, "Sæglópur" was made available for download on August 16."Hoppípolla," the second official single from Takk..., was released on November 28 alongside a new studio remake of "Hafsól," a song which was previously released on the band's 1997 debut, Von.
Sæglópur EP was released on July 10th in most parts of the world and on August 8th in the United States. Its original release date was May 8th, but because of the sudden demand of "Hoppípolla," especially in the UK due to its inclusion on BBC's "Planet Earth," it was pushed back from that date. Sigur Rós recorded three new songs for the EP: "Refur," "Ófriður," and "Kafari."
The Hvarf/Heim double album was released on November 5, 2007. Hvarf contains reworkings of songs dating back to the bands' first album, whereas Heim contains live acoustic versions of more well known songs. The double album was an accompaniment to the film Heima. Heima is a documentary showing footage of the band's tour of Iceland, including live footage and interviews. The official web site is www.heimafilm.com.
Sigur Rós has sold over 2.5 million albums worldwide.
On June 23, 2008, they released Með suð í eyrum við spilum endalaust.
The single "Gobbledigook" was available for a free download on their website.
In January 2010, the band began a hiatus, and they are now working on new material. On August 11, 2011, the band's website showed a trailer for a project called Inni. A week later, the project was revealed to be a new live album and DVD, although the release date is currently unknown.
Sigur Rós'' sixth studio album, Valtari, was released on May 29, 2012 on Parlophone.
In January 2013, Kjartan Sveinsson left the band and was not replaced. Sigur Rós's first album following his departure was titled Kveikur and released in June 2013.
In 2014, the band made a guest appearance in the HBO show 'Game of Thrones', performing The Rains of Castamere in the 2nd episode of the 4th season.
Websites
Both websites include discography, band trivia, song lyrics, and news: http://www.sigur-ros.co.uk and http://www.sigurros.com.