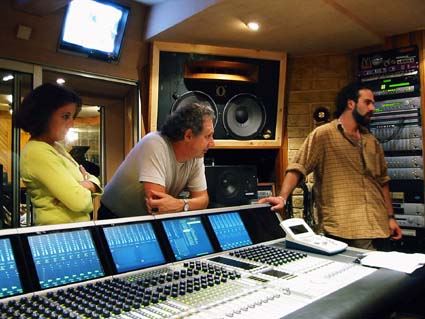 Pedram was born in Teheran in 1974 in a family of amateur musicians. His father plays several instruments, his mother sings, his sister plays setar and his brother plays tar.
“I have always heard music at home: when we entertained guests or relatives, each member of the family had to play, sing or dance after dinner. Soon, I knew to play several instruments.“
At the age of 10, he starts learning the santoor, first in Isfahan (where his father, an helicopter pilot, was posted) and later in Teheran, from eminent masters such as Faramarz Payvar, Parviz Meshkatian, Pashang Kamkar, Masood Shenasa and Siroos Saghari.
In 1991, he forms a band with other young students from his school. The same year, they are invited to perform at the Festival of Iranian Art in Düsseldorf (Germany).
In 1993, he wins the First Prize, in the category “santoor”, at the Young Iranian Musicians Award.
Shortly thereafter, he is invited to join Dastan, Iran’s leading traditional band: “To play with Dastan gave me the break I was looking for. I was very proud to tour with such great musicians.” They go on a world tour: Morocco (Asila Festival), Australia (Sidney Opera) and the USA (Appolo Theater in Chicago, Arts Palace in San Francisco) are some of the most memorable dates. Pedram was only 19, the youngest member ever to play with Dastan.
On return, he decides to turn professional: “I started to think of santoor and nothing else. For several years, I was playing up to 16 hours a day and I could see my progress day by day. I wanted to become the best santoor player in the world.”
The same year, he joins the music faculty of the University of Teheran and studies for 6 years the theory of music with renowned teachers, such as Fahrad Fakhreddini, Hasanriahi, Mohammad Sarir, Kamal Pourtorab and Kambiz Roshanravan.
In 1995, the Iranian Public Broadcaster (IRIB) recruits Pedram, where he begins a second career as a composer. To date, he has composed over 100 songs. "I love to compose by using traditional material as a base, sometimes increasing the beat, making new arrangements, finding a new sound. I often mix classical Iranian instruments with piano, guitars, drums, etc."
Besides santoor, he also plays sheeshtar, daf, tombak, oud, piano, drums, and bass guitar. He is familiar both with the Persian notation and the Western notation and writes his own score sheets.