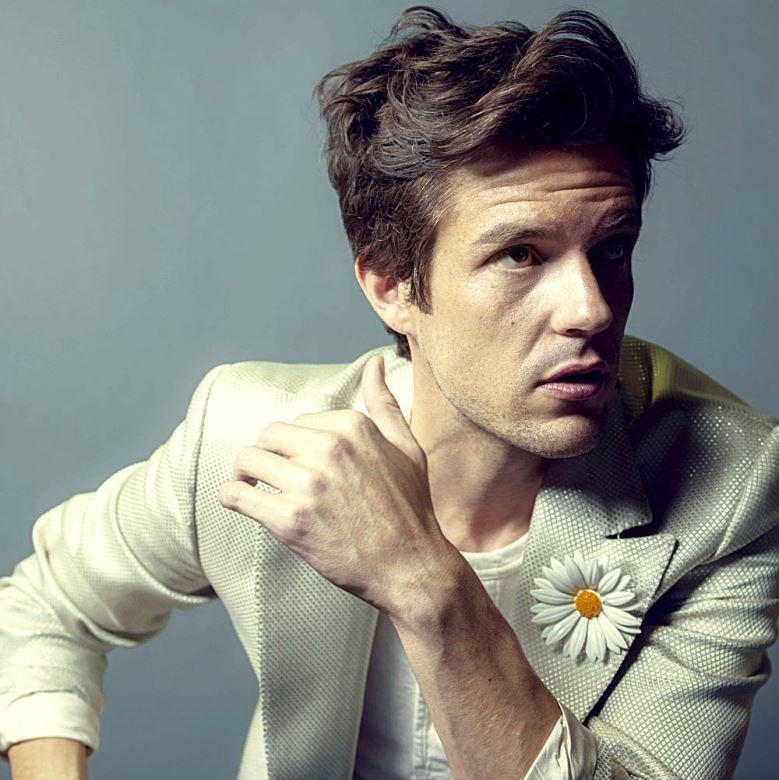 Brandon Richard Flowers (born June 21, 1981 in Henderson, Nevada, United States) is the vocalist and keyboardist in the American indie rock band The Killers. His older brother Shane, got him into music like The Smiths and Morrissey, The Beatles, The Cure and Queen. Brandon has played with U2, New Order, Pet Shop Boys, Bruce Springsteen and other bands of which he is a fan.
While listening to the radio in his car after his very first college class, Flowers heard the song "Changes" by David Bowie. He fell in love with the piece and realized immediately that he wanted to be part of the music industry.
His career in music began when he became a member of Las Vegas band Blush Response (this was where he discovered he could sing), but he was fired after refusing to move to Los Angeles, California, with the rest of the band. After leaving Blush Response, Flowers realised that he still wanted a career in music and came across an ad for guitarist David Keuning. After many short-term bassist and drummers, the pair met Ronnie Vanucci (drums) and Mark Stoermer (bass) and the band has been together since. In 2004 the group released Hot Fuss (after having toured with Morrissey in multiple sold out shows), 2006 - Sam's Town, 2007 - Sawdust, 2008 - Day & Age
In April 2010, Flowers announced his first solo album entitled Flamingo, which was produced by a team of legendary producers: Daniel Lanois (U2, Bob Dylan, Peter Gabriel, Robbie Robertson, Neil Young), Brendan O'Brien (Pearl Jam, Soundgarden, Train), and Stuart Price (Keane, Killers, Madonna, New Order, Scissor Sisters, Seal). A special Bonus Track edition has also been released featuring four additional songs, "The Clock Was Tickin'", "Jacksonville", "I Came Here To Get Over You", and "Right Behind You"..
Despite breaking through with strong singles off his first solo release and some high profile tour and TV engagements, Flowers is still committed to his band The Killers, and their new album is expected for 2011.
Official solo site: http://www.brandonflowersmusic.com
Official twitter: http://twitter.com/brandonflowers
Official band site: http://www.thekillersmusic.com