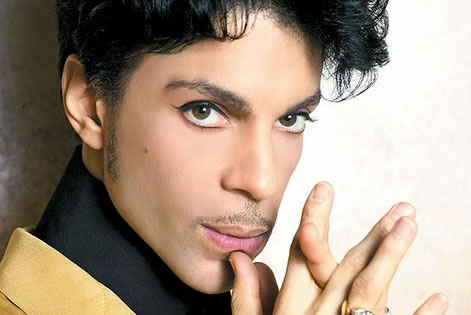 Global icon PRINCE is confirmed to headline the Hop Farm Music Festival in his only UK show of the year.

HopFarm Festival will be extended to a third day to give fans the chance to see Prince in this exclusive one-off UK performance.
It will be the first time Prince has played in the UK since he broke sales records at a 21-date residency at the O2 arena in 2007.
Prince will top the bill on Sunday 3 July on the newly announced third day. This makes the 4th annual Hop Farm Music Festival, which already boasts headline performances by EAGLES and MORRISSEY, the biggest to date.
Tickets will go on sale Thursday 19th May at 9am.
Fans that have already purchased two day tickets for Hop Farm will be able to upgrade their tickets to a third day for just £40, (ticket agents will be in contact with current weekend ticket holders).
Supporting acts for the Sunday of the festival will be announced shortly.
The now three-day festival will take place on Friday 1st, Saturday 2nd and Sunday 3rd July in Paddock Wood, Kent. Maintaining its NO SPONSORSHIP, NO BRANDING ethos, the Hop Farm will be sticking to the winning formula of showcasing legendary and contemporary acts, making it a standout fixture in the congested festival calendar.
Vince Power, the Festival organiser, said: “I am really excited about having Prince at the Hop Farm, we have worked hard to get the third day up and running and we hope that fans will appreciate the integrity of the bill and see it’s one of the most musically exciting this year that stands head and shoulders above a lot of other festivals.”
Prince joins other big names: Iggy and the Stooges, Bryan Ferry, Lou Reed, Brandon Flowers. Patti Smith, Death Cab For Cutie and many more…