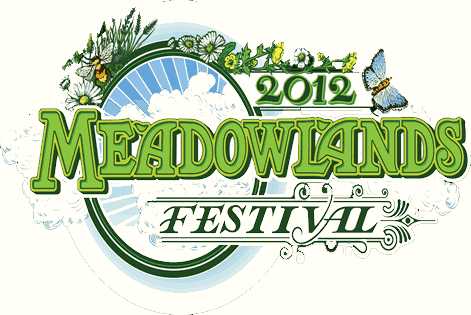 Meadowlands is my new favourite festival- it has just the right amount of everything!

Since my festival going days were born at Glastonbury nearly 20 years ago I have always been slightly wary of little festivals, especially when they are also new. Will there be enough to entertain, will the sound systems be up to scratch, will I be able to get a drink after midnight? I have had bad experiences waiting hours for the toilets or worse, hours just to get a beer because the festival has not found its legs and doesn't quite know where its going. Not so at Meadowlands, it may be small but its perfectly formed- oh so perfectly formed.

Set in a couple of fields on the South Downs it was picture perfect when I arrived and took in all the coloured tents and flags fluttering in the breeze. Really friendly stewards and staff directed me to walk a mere 100 meters with all my camping gear, merciful heaven thus removed the only bit of festivals I find difficult, the long slog in the hot sun or drenching rain with everything but the kitchen sink in tow! Camping in one field, festival in the other, I was in a good mood before I even had a cider in my hand.

It really was pretty though, kids area in the middle with children playing and laughing in the sunshine, comedy tent, dance tent and at one end was a wooded area with Chapel Stage set amongst the trees which always seemed to have the most beautiful music wafting through the branches. Really the music was stunning all weekend, one wonderful unique act after another and not very far to walk between the stages. There are times at festivals when I just want to jump up and down and sing along to a band I already know and like but every act I saw was so watchable and special in one way or another it just didn't matter- it was almost an education in new music.

Late in the evenings the club nights and DJ's take over until the early hours and the bars are licensed until 4am so dont plan on an early night. This event has been well thought through, you can relax during the day but you will have to dance the night away. You can start the dancing early on at the Casino I managed to catch Just a Couple of Mums doing their sets on Saturday and Sunday at 6pm its so infectious you cant help but get involved they know all the words to all the songs they play and they dont stop dancing-if I ever get married I want them to DJ at my wedding.

If you think you dont dance try not dancing to Skinny Lister. Somewhere between Mumford and Sons and The Pogues you cant help but hoe down. If you think you can hide up the back the Skinny Sisters will find you and swing you round while showing some rather shapely legs. To be fair the Saturday night was a bit of a blur as the locally brewed fruit ciders slide down rather a treat and they took more than the edge off things but I do remember Transformer had all the bright young things moshing before loosing all inhibitions at White Mink. Electro swing is the new thing, if you are not into it yet you will be, you wont be able to help yourself. Suddenly you will be doing jazz hands and the charleston but its ok because everyone else is doing it too.

Rather worse for wear I did haul myself out to see some bands on Sunday morning. I couldn't resist Kate when I heard the stunning and unusual harmonies pouring out of the tent, I was drawn in and absolutely loved it. Abi Wade also stood out for me, you have never seen anyone play the cello like her. Beautiful yet understated, haunting but avant-garde.

Sunday night was all about LTJ Bukem and much of the talk was about him all weekend. Started off with what was almost trance drum and bass but worked through to a good bit of drum and hammering bass so we all had a good dance. There was a good crowd for a Sunday night and it was a great mix of people. There seemed to be people from really diverse walks of life of all ages, most from Brighton and the local area but all really friendly and all there for the music. Everyone I talked to seemed to have their favourites that they wanted to check out but were up for anything, they just wanted to be there.

There was a good selection of shops and food stalls, most offering good value for money. The showers were apparently good and toilets were pretty clean. Although for £10 for the whole weekend you could have luxury toilet facilities from When Nature Calls, I had to admire the enterprise of it. I would definitely pay for this again, spotlessly clean toilets with hot running water to wash your hands, worth every penny especially if you have children because you can then leave them to go on their own without worrying. For full on luxury go glamping with Hotel Bell Tents.

I am already looking forward to next years Meadowlands, its one for the diary. You can buy just a day ticket for this festival with one nights camping although this did mean that quite a few people left on Sunday morning which was a shame and because they were so local most people were ready to pop home with the threat of bad weather. Still nothing could spoil it for me, beautiful, friendly, great cider, great music, great location, late bars, good sound sytems, all for a very reasonably priced ticket- just the right amount of everything.