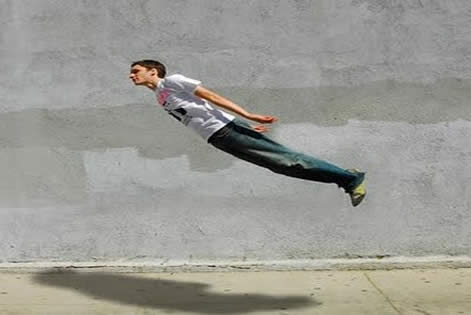 Another young, up and coming name on the scene joins The Big Chill for 2011, sure to hypnotise audiences with her dark and ghostly gothic sounds Zola Jesus takes to the Deer Park Stage on the Friday of the festival.

Siaka and Eugene are set to perform their captivating West African sounds on The People’s Ear Stage on Friday at the festival. Dubbed' the next Rodrigo y Gabriela' the duo's mesmerising acoustic music is performed simply with voice, guitar and a self-crafted N'Goni (the cousin of the Kora). London dance trio LV recently joined forces with hip-hop and spoken word vocalist Joshua Idehen for an album entitled Routes. The combination of the two results in a prime slice of urban electronica, catch LV & Joshua Idehen on The People’s Ear Stage on Saturday early evening.

The BACARDÍ Get Together mixes things up in more way than one this year. As well as offering an array of thirst quenching cocktails Bacardi also bring names more than qualified to kick off the weekend’s partying. This summer BACARDÍ is bringing DJ greats together for a series of very special one-off performances. In the BACARDÍ Get Together, at key times each day there will be a unique collaborative set by three or more artists.

Thursday sees the coming together of Matt Walsh, Casper C and Riotous Rockers. All original performers at Casper C's 'Blogger's Delight' night, which started at tiny Camden boozer The Lock Tavern and growing to international acclaim, as well as residencies at Fabric and Field Day Festival. A re-union of sorts, each artist has come a long way from playing to 100 people in a sweaty pub to playing some of the biggest and best dance events in the world!

Friday's Together Set will be Alex Metric, Grum, and Russ Chimes. Three artists are from the new breed, each of whom has built a big reputation very quickly, through high profile original productions and remixes. Three disco/ electro heavyweights who are friends as well as musical collaborators, often mixing each other's tracks. Don’t miss this set!

Saturday's Together Set will be Hervé, Reset! and Tom Staar. In addition to being one of the most prolific producers in dance music today (using the monikers Machines Don't Care, The Count of Monte Crystal and Speaker Junk, as well as Hervé), Joshua Harvey is the founder and boss of influential dance label Cheap Thrills. Two of Hervé's most prominent signings Reset! and Tom Staar will play with the man himself for Saturday's key performance.
Global Local returns and brings with it a typically eclectic line up, open from Thursday the stage will be in full swing for early birds keen to start the festivities early. The experimental folk-pop sounds of Katy Carr play out from Global Local as will New York’s blues-rock duo She Keeps Bees plus many, many more great acts. It pulls together the best remix of music from across the planet via the coolest promoters in the land.

Greenpeace, Heathensk8 and Third Foot have teamed up to bring the biggest and best skate ramp in town to The Big Chill this year. Constructed using only forest certified timber (FSC approved), wood from a sustainable source, the ramp is both challenging and entertaining. Mornings see workshop sessions for beginners and improvers and throughout the day the pro’s will be doing their thing with plenty of time for festival goers to take to the ramp themselves. So be sure pack you skate board alongside your wellies for 2011’s festival.

Last year saw an international line-up of some of the biggest selling names in electronic, indie and pop music and 2011 sees another all-starcast taking to The Big Chill stages including an exclusive UK festival appearance by Kanye West plus The Chemical Brothers and Rodrigo y Gabriela. The Big Chill takes place from 4th to 7th of August 2011 at Eastnor Castle Deer Park in Ledbury, Herefordshire.