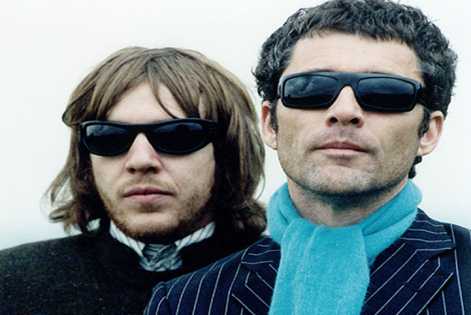 Confirmed as headliners for 2012 are British electronic pioneers Orbital, who will be taking to the Beat-Herder main stage on Saturday night as one only four UK festival appearances this year (Bestival, Bloc and Secret Garden Party being the other th

Entering into its seventh year, The Beat-Herder Festival will be returning to rural Lancashire with its unique formula of live music, locally sourced food & drink and an unpretentious Northern ethos. Based on the simple desire to ‘bring good people together to have a good time in beautiful surroundings’, Beat-Herder is one of the few festivals on the circuit that eschews sponsorship, corporate branding and egos in favour of independent and local stall owners and a refreshingly hand-crafted site, creating a utopia from the outside world for 3 days each summer.

Confirmed as headliners for 2012 are British electronic pioneers Orbital, who will be taking to the Beat-Herder main stage on Saturday night as one only four UK festival appearances this year (Bestival, Bloc and Secret Garden Party being the other three). Having achieved both critical and commercial success in a career spanning over 20 years, Orbital are an extremely exciting live prospect, bringing an impressive show with elements of improvisation making each performance truly memorable and unique.

With all early birds selling out in an unprecedented 4 minutes back in November and another 2,000 tickets selling out within the first 2 days of general release, The Beat-Herder looks set to enjoy another sell-out year.
What to expect for 2012
Over the years The Beat-Herder has grown to become nestled perfectly into the landscape around it. The famous Toil Trees stage, one of the most unique festival locations in the country, is set amongst tall firs, draped with throws and sails with spinning images projected onto the trunks and leaves. 2012 will continue to see new venues added that make the most of the beautiful natural surroundings, which includes over 4000 flowers which are lovingly nurtured from seed.

The infamous Beat-Herder Working Men’s Club, a mock-up of a working men’s club run by a group of Bette Lynch-esque ladies, will be making a much-welcomed return (expect Bingo, the hilarious ‘Beat-Herder’s Got Talent’, drag queen acts and much more), plus look out for the Raj themed ‘Rajazzle Tent’, which will be hosting unsigned acts ranging from hip hop to Bangra and a selection of top notch comedy acts on the Sunday.

There will be several other unique features to the festival including tasty home-made cakes and pies which can only be found in Lancashire and the intriguingly collectively titled ‘Crazed Inventions’ which include vibrating benches and a network of tunnels that lead you to different zones. Festival goers can also visit ‘The Street’, a thespian orientated experience where one can get a tattoo, a haircut or a wet shave, browse the book shop and antiques emporium, or play records in the DIY Garage Disco and transport themselves to different areas of the festival via the teleport phone box tunnel system.

For the first time, Boutique Camping will be available at The Beat-Herder. Accommodation will range from tipis, yurts and bell tents, all lovingly made locally by a close friend of the festival. There will be plenty of hot showers and flushing toilets for the more discerning punters. In typical Beat-Herder fashion these will be some of the most affordable boutique options on the festival circuit.

Published on 29 February 2012 by Ben Robinson