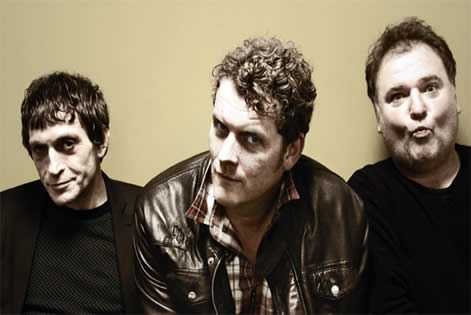 V Festival, sponsored by Virgin Media, is proud to announce further additions to the exciting 2012 line up with The Twang, Dodgy, Jack Beats and Lawson joining theimpressive list of artists on the bill.

Ahead of his appearance at V Festival, Andy Brown, lead singer of Lawson says, "We are absolutely delighted to be playing V Festival this year. It's been a dream of ours for a long time and when we wrote the album we had live festival performances on a hot summer’s day, watching thousands of people go for it, in mind - it's gonna be an amazing couple of days.”

Andy continues, “We're big fans of a lot of the acts playing so hopefully we'll get the chance to have a few beers and catch some of their sets after we'veplayed – in particular Snow Patrol, The Killers and Rita Ora. Bring it on!"

Jack Beats comments, “We are really pleased to be involved in this year’s V Festival and can't wait for the shows!"

Further to the plethora of talent appearing at V this year, fans are being asked tostay tuned for further announcements over the upcoming months.

Fans are encouraged to visit www.vfestival.com to find out more about the remaining ticket options available, including coach and ticket packages through the Big Green Coach company and V Style for those looking for a luxury festival experience.

V organisers once again stress that fans should only purchase tickets through official outlets listed on the V Festival website and that purchasing from unofficial outlets could lead to disappointment.