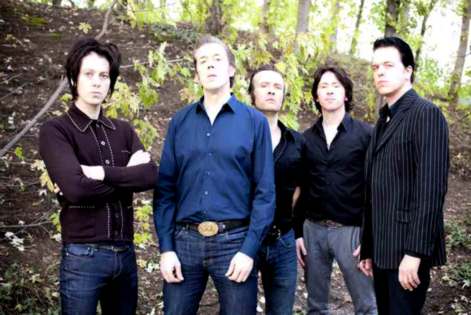 Nozstock festival has made more additions to its line up with Jim Jones Revue, Foreign Beggars, CW Stoneking and more added to the bill.

Jim Jones Revue are one of the hottest bands on the up. They have been described by Mojo as “deranged rock + roll” reminiscent of the Stooges. Produced by Bad Seed Jim Sclavunos, their album, Burn Down Your House, has been getting recent media attention but it’s live where this band excels. They’re joined by Adrian Edmondson + The Bad Shepherds who’ve garnered excellent reviews for their folk-style reworking of classic songs such as ‘Down in the Tube Station at Midnight.’ With a skillful array of multi-instrumentalists they’ll be a “must-see” at Nozstock.
Also announced is CW Stoneking, an American-Australian who defies time and place with his Deep South Blues, having already claimed an appearance on ‘Later Live With Jools.’ Foreign Beggars, recently nominated for Best European Hip Hop Act at the 2010 Urban Music Awards will be playing their bassline grooves, while The Wurzels are a perfect accompaniment to cider and hog roast as the sun sets over The Hidden Valley on Sunday evening, completing one of Nozstock’s most diverse and exciting line-ups yet with many more acts still to unveil.

Amid the brushes of Herefordshire’s countryside lies Nozstock: The Hidden Valley. Founded by local residents during the hazy, optimistic and halcyon days at the turn of the millennium, it’s a homegrown event built from a curious amalgamation of performance, art, electronic supersounds and good old-fashioned guitar-strumming and drum-bashing. Now an established, leading family event in its 13th year, Nozstock is a sonic escape boasting eight main stages of entertainment with surprising sights and intimate, secluded areas of theatre and discovery to be unearthed.