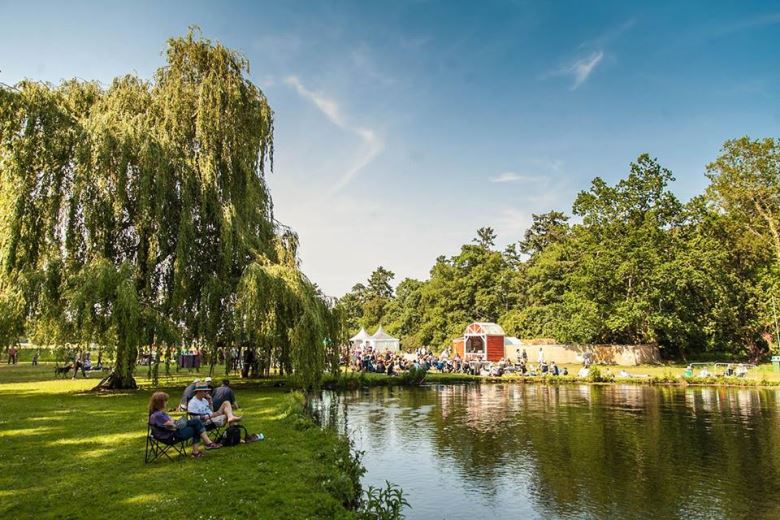 Red Rooster is pleased to announce the powerhouse that is Eli Paperboy Reed, together with his 10-piece High and Mighty Band!, as Saturday night headliners at this early summer festival, renowned for celebrating the best of blues, roots and Americana.

Based in Brooklyn, this will be a rare UK festival performance by Reed. His powerful vocals and stage persona are sure to impress but in conjunction with this fantastic 10-piece brass band featuring the whole works - tuba, two drummers, trombones and trumpets - now that’s the way to top a Saturday night! This adds to the other fabulous already-announced headliners Pokey LaFarge and Alabama 3 Acoustic….every night ending on an absolute high.... then, of course, there’s the late night Howlin’ Woods Stage, taking the party through to the small hours.

Headlining the Little Red Rooster stage are Norwich band Ida Mae. They come to Red Rooster fresh from recording their debut album with Ethan Johns and touring the American South through March and April. Former member of Old Crow Medicine Show - the Louisiana-born Gill Landry - will be presenting his incredible song-writing skills when he plays the Little Red Rooster stage as main support to Ida Mae. He’s been on Red Rooster’s target list for a while. Expect his music to lead us on a romantic journey through the dark and into the light.

Flying the British flag, Bristol’s Yola Carter, winner of the Americana Music Association’s UK Artist of the Year 2017, is a powerhouse of a voice. Her Country-Soul sounds, larger-than-life stage presence and superb songs prove completely irresistible.

Joining Yola on the main stage, the legendary Slim Cessna’s Auto Club, originally from Denver, Colorado, will be bringing their experimental and enthralling country genius to the party. Their appearance follows a European tour with Nathaniel Ratecliff & The Night Sweats that included three nights at Shepherd Bush Empire, whilst Jerron ‘Blind Boy" Paxton transports us back to the 1920’s – a hugely exciting star of the future -  who has already played Carnegie Hall with Buddy Guy, amongst many others.

Spain’s Los Chicos present their country-punk-rock-soul-garage-gospel machine on the main stage; the infamous Ross Allen will be spinning records late night, Jake La Botz’s gritty storytelling Americana will be shining through, whilst GospelbeacH continues to deftly honour the grand tradition of West Coast rock and roll.

Finally, Kasheen Sampson is sure to enchant with her combination of 70s folk-rock, California country and classic Laurel Canyon style. Lucy Grubb’s heartfelt lyrics and Country undertones will be serenading the Rooster crowd too, whilst Johnny Cage & The Voodoogroove offer up their dirty Cuban rock'n'roll, rockabilly & voodoo blues band.