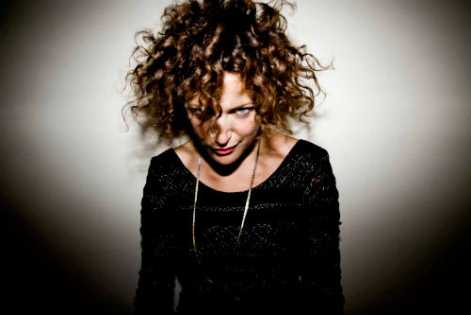 Love Saves The Day is a brand new greenfield festival in the heart of Bristol. Very much a Mecca for British music, ‘The Bristol Scene’ has a near legendary reputation for nurturing and promoting pioneering musical talent

The team behind Glastonbury Dance Village's Wow! stage, last year's incredible See No Evil and one half of the brains behind In:Motion amongst many other events have come together to put all these years of experience into what will be a celebration of all of it, a celebration of this city and all that makes it so great, but beyond that a celebration of music, parties, and good timesLove Saves The Day is not just a festival, it is the culmination of many years spent in fields & clubs, in tents, on dance floors and stages across the UK and beyond - from the late nights to the early mornings, from lugging sound systems through muddy fields to booking amazing acts and watching them grow, everything has been moving towards this event…. Team Love x

Love Saves The Day is brought to you by Bristol’s most bold and daring event programmers in conjunction with the city’s Placemaking Initiative which has been instrumental in bringing fresh exciting new events to the city.

Cutting his teeth on Leicester’s music circuit, Dave Harvey brings his wealth of experience and contacts as an event director. Founder of the prestigious Futureboogie night and label, Dave and the infamous Futureboogie crew have set the benchmark for excellence as they enjoy their 10th Birthday this year!

A dedicated adherent to Bristol’s underground music circuit, Tom Paine brings his energies to the fold as a programmer. From starting his trade managing Arc Bar, a 400 capacity late night venue, Tom has overseen the running many of the coolest establishments in the city. He has also spent the last 4 years at Motion Ramp Park making the Top 100 on ‘The Best Venue In World Poll by DJ Magazine in 2011.

Known as a master of management in his field, Rag Satguru is the promoting force behind the event. Having found his wings in the short space of six years, Rag embodies real inside knowledge, by often running 74 nights in a 10-week period, across multiple venues. Rag has also ran events in partnership with major festival teams like Field Day, Bloc Weekender and Bugged Out! He is an indispensible addition to the team!

Featuring local caters, exhibitors and art installations, Love Saves The Day celebrates all that is inspirational about this iconic city.

Unstoppable DJ force Annie Mac performs at the inaugural event. Forever the emblem of creativity, her flagship radio programme Annie Mac’s Mash Up has earned international recognition. Armed to the teeth with a plethora of vinyl plates, Annie will be bringing her unquenchable passion for new sounds to this year’s festival!

Totally Enormous Extinct Dinosaurs will be spotted at Castle Park. The solo project of Oxford born Orlando Dinosaur, his arresting blend of euro house and two-step beats will send shockwaves from the speakers and into the crowd. His sounds are anything but prehistoric!

Stirring cyclonic waves of reverb on Bristol’s dubstep circuit, Joker will deliver his unique brand of auditory chaos to the proceedings. Having hijacked the nation’s ears with anthems like Snake Eater and Holly Brook Park; expect a relentless induction into the digital dark arts!

Love Saves The Day is delighted to play host to the mighty Bonobo. Having forged an illustrious career, Bonobo is a much-lauded name on the British dance music circuit, consistently selling out shows across the country and beyond. Elegantly blending fragmented jazz with complex basslines.

The rapidly up and coming Eats Everything, is a producer whose larger than life appearance shapes his equally magnificent musical style! Casting aside categorisation, his techy-house cut ups are regularly laden with the soulful harmonies of Randy Crawford and Ray Charles. A true purveyor of the oldest and boldest sounds!

London based producer Joy Orbison personifies the meaning of originality. Combining garage beat with 8-bit grime loops, he is a dynamo within the Hotflush Recordings camp. Drawing inspiration from a wide range of influences, expect to be served a delectable schmorgesborg of sounds!

One of the co-founders of Hessle Audio, Ben UFO’s releases are ground breaking in both content and stature. Winning critical recognition for his dynamic electronic masterpieces, he remains one of the small cluster of DJs who have hit the stratosphere without a production career to fall back on. Assimilating dubstep bass loops with bric-a-brac minimalism, his musical style is as out of this world as his name!

The Dance Off Crew bring colour, fun and some serious dance moves to Love Saves The Day. Having been crowned the ‘most lively and fun stage’ at The Secret Garden Party, this collective of enthusiastic shape cutters will be brining the atmosphere to fever pitch. Certainly a sight to behold, expect carnival-esque dance sequences with a couple cream pies thrown in for good measure!

Combing local knowledge and local passion, Team Love will announce further artists over the forthcoming weeks and will throw the mother of all parties in Bristol in June.  Thanks to the Queen you can kick back and relax and let some of the world’s most pioneering artists take you on a sonic journey.