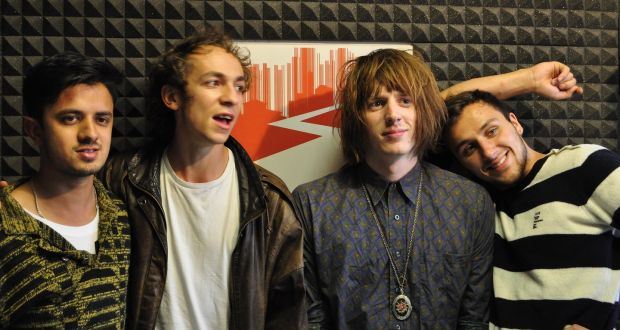 Summer Days – the UK’s newest boutique music and food festival – has unveiled another host of top-level acts to bolster an already incredible and eclectic line-up.

Joining the bill on Saturday night are indie rockers Mystery Jets. Currently touring their new critically acclaimed album - Curve of the Earth - they are a welcome addition to what is fast becoming a day of indie icons and innovators including Echo and the Bunnymen, Everything Everything, Circa Waves and many more.

Also featuring on Saturday’s line up are Colne legends Milltown Brothers who burst onto the indie scene in 1989 with the Coming From The Mill EP which was single of the week in NME. The second single Which Way Should I Jump started a bidding war between the majors and they signed for A&M worldwide in 1990. The band’s fourth studio album ‘Long Road’ was released in 2015.

Joining Simply Red on Wednesday 6 July is Steve Norman of Spandau Ballet and his band.

Steve, who is also musical curator of the festival, explained the make-up of his band: “I’ve put together a real dream team of some of the best artists and session musicians in the business that I’ve had the pleasure of collaborating with including Toby Chapman who has worked with everyone from Tom Jones to Kylie to Rod Stewart on keyboards, James Stevenson on guitar who was in The Cult, Chelsea and Generation X, Steve ‘Smiley’ Barnard from The Alarm and Robbie Williams on drums, Chris Constantinou who worked with Adam Ant and Sabrina Winters from Stereoblonde on backing vocals.

“We’re going to do a really upbeat and varied set of stuff from a few Spandau songs to some of the anthems that inspired me growing up.”

Summer Days is a three-day boutique music and food festival in the grounds of Clitheroe Castle - one of the North’s most beautiful and unique locations. With two live stages featuring more than 30 artists, a locally sourced gourmet food village and a dedicated real ale area there is much, much more still to be announced.