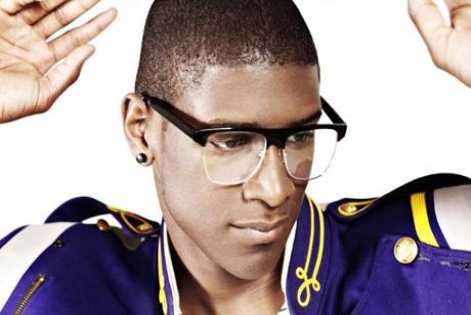 The Weeknd, Labrinth, Clement Marfo and the Frontline and Dot Rotten are now confirmed to join headliner Drake on Saturday 7 July, a day that already has the likes of Nicki Minaj, Example and Wiz Khalifa set to perform

Barclaycard Wireless Festival has announced a host of fantastic new acts set to join the weekend line-up. Modestep, The Weeknd, Labrinth, Delilah and Theophilus London are amongst those confirmed to join headliners Deadmau5, Drake and Rihanna. Tickets for Sunday 8 July, headlined by Rihanna, have now sold out, whilst tickets for Friday 6 and Saturday 7 are selling fast with this year shaping up to be the biggest and best selling Barclaycard Wireless Festival in the event’s history!

The Weeknd, Labrinth, Clement Marfo and the Frontline and Dot Rotten are now confirmed to join headliner Drake on Saturday 7 July, a day that already has the likes of Nicki Minaj, Example and Wiz Khalifa set to perform.  Since hitting the scene in March last year with the release of his mixtape debut ‘House of Balloons’, Canadian producer and recording artist The Weeknd has been causing a stir, leading the charge in an idiosyncratic new cut of R&B.  Labrinth, whose eagerly anticipated debut album is out in April, also joins the bill.  Hotly tipped South London MC’s Clement Marfo and The Frontline and Dot Rotten have also been added to Saturday’s scorching line-up along with Philadelphia’s Chiddy Bang.

A plethora of hot new acts will also join Sunday’s sold out sensational bill, headlined by pop goddess Rihanna and already featuring the likes of Jessie J, Calvin Harris, J Cole and Rizzle Kicks. British singer-songwriter Delilah is one of the hottest new names in UK Music.  Her first EP ‘GO’ was released in September last year, spawning the track of the same name, which was described by Chaka Khan as ‘genius’. Trinidad-born, Brooklyn-based Theophilus London is one of the new breeds of rapper, a series of hyped up mixtapes followed by a well-received EP have earned him widespread buzz and a spot on the Barclaycard Wireless Festival bill.  Rising star Angel whose recently released EP features Wretch 32 is also confirmed to hit the Barclaycard Wireless Festival stage on Sunday 8 July.