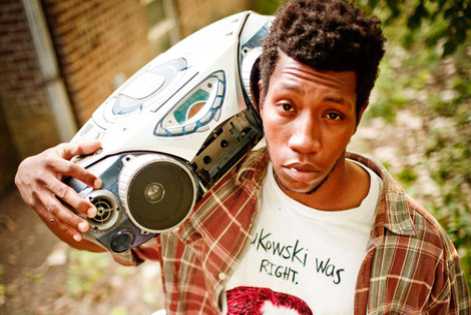 Our second announcement for Dot To Dot 2012 sees us welcome some of the most hotly tipped new acts in the world, including some stars of SXSW. This is what Dot To Dot is all about!

Already well-established as the festival that brings you future stadium-fillers before any other event, Dot To Dot is set to unveil the second wave of acts on this year’s bill. The UK’s only touring festival, Dot To Dot will visit a multitude of venues in Bristol, Nottingham and Manchester this coming Jubilee bank holiday weekend headlined by The Drums and Pulled Apart By Horses and featuring some of the most electrifying up and coming acts currently around.

Dot To Dot Organiser Anton Lockwood said: “Our second announcement for Dot To Dot 2012 sees us welcome some of the most hotly tipped new acts in the world, including some stars of SXSW. This is what Dot To Dot is all about!”

Kicking off the latest announcement are San Diego surf punks Wavves. Fast, intense, riff propelled mayhem is the order of the day, ensuring Wavves will be raising the energy levels across all three cities. One of the most captivating artists currently getting those in the know all hot and bothered, Willis Earl Beal will be showcasing his Acoustic Sorcery for the Dot To Dot masses, Hooray For Earth will be unleashing their synth-driven psychedelia to whip up the crowds, SXSW sensations (and Tame Impala spin off) Pond will be demonstrating just why they’re being so hotly tipped and Texan art-pop wunderkind Neon Indian will be making a one-off Dot To Dot appearance in Manchester on June 4th.

Other acts playing across the weekend include Nottingham’s latest singing, song-writing prodigy Jake Bugg, Danish indie folksters The Rumour Said Fire, renowned chanteuse Beth Jeans Houghton who will joining the event for the Bristol date and off-kilter instrument swappers Islet, plus there will be appearances from Patterns, Peace, Rae Morris and Random Impulse. And that’s not all, as other acts set to join this year’s Dot To Dot bill include Admiral Fallow, Bastille, Bondax, Clock Opera, Eyes On Film (Nottingham and Manchester only), Lulu James, Murray James, The Night, Scoundrels, Shinies (Manchester only), Swiss Lips and Turbowolf.