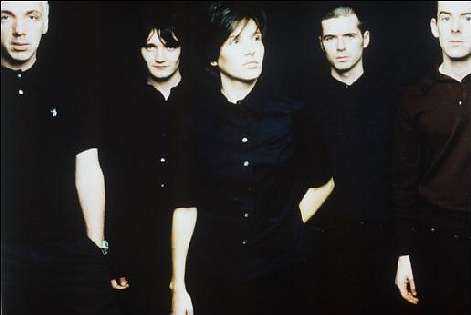 As temperatures across the country soar, one of Scotland’s most loved music and arts festivals is also heating up! The Wickerman Festival has announced that even more acts - from reggae to rock – are set to grace its stages this July.

The Acoustic Village, home to chilled out folk, indie and shoegaze, has also revealed its much anticipated line up: featuring Artmagic, a new collaboration between Suede guitarist Richard Oakes and songwriter and producer Sean McGhee, and profoundly talented Carrbridge songstress Rachel Sermanni.

As an impromptu treat for festival goers, Walkabout band Blowjangles will be taking fans by surprise, with spontaneous performances over the weekend including a mixture of ska, reggae, jazz at various locations. Opening with a mighty musical bang on Thursday night, The Greenman Inn will get campers instantly in the festival swing with popular ceilidh band rhythmnreel and DJ Jason Dupuy, who will also be playing on Friday 20th July.  At the Ho Down Wendy House  Glasgow’s footstomping Inishowen Ceilidh Band join rockabilly and bluegrass maestros The Chihuahuas, with Davy Cowan & The Hose Beast also putting in an appearance. On top of all that Headphone Disco will keep the crowds dancing on Thursday, Friday and Saturday!

Festival Coordinator Helen Chalmers commented: “We’re delighted to announce this raft of new additions which crosses so many genres of music. Renowned artists will come from all corners of the world to perform at Wickerman - and there’s a sense amongst the festival team that it’s going to be very special year! We can’t wait to see the first campers arriving on our beautiful festival site.”

MORE ABOUT THE FESTIVAL

With ten live music stages in total music fans can switch between punk and ska performances from legendary acts including The Blockheads and Bad Manners at the Scooter Tent, innovative Scottish talent including Human Don’t Be Angry and United Fruit at the Solus Tent and top DJS and dance acts such as Steve Lawler and Darren Emerson in Bass Camp.

A celebration of art and entertainment on site activities will include a fun fair, fire walking, music and dance workshops, grass sledging, Segway hire, wood carving demonstrations and the 7stanes mountain bike display team.  The welcoming atmosphere and dedicated children’s area have also earnt it a reputation of one of the UK’s most family friendly events.