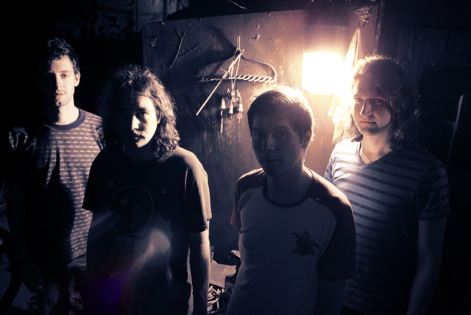 Some of the most talked about buzz bands at this month’s SXSW festival are amongst a wave of new acts added to the T in the Park bill today, festival organisers DF Concerts and founding partner Tennent’s Lager are delighted to announce.

The following acts have today joined the T in the Park bill and are set to play Strathallan Castle over Friday 10th – Sunday 12th July:

Philadelphia’s The War on Drugs’ signature layered, dense sound has won the band a mass of fans around the globe. They reached the number two spot in the UK Independent chart with 2014’s Lost In The Dream, which was hailed Album of the Year by Uncut and Q. The band continue to reap recognition internationally, and fresh from an epic performance at SXSW, they are a hugely exciting addition to this year’s T in the Park line-up.

International chart toppers SIGMA’s early releases quickly marked them out as producers to watch, while remixes for Eric Prydz, Ellie Goulding, Stylo G and Sway began to take them to a wider audience. Their first number one single, Nobody To Love was followed up by another chart topper when their second single, Changing ft. Paloma Faith was released, and they’re sure to bring a party vibe to Strathallan Castle.

Marina & the Diamonds aka Marina Diamandis creates irresistible electro indie pop, and will make her long-awaited T in the Park debut this summer. The Welsh singer-songwriter has released her latest album Froot this month and is sure to showcase new material in her T in the Park set.

Since forming in 2002, The Cribs have won major plaudits including NME’s prestigious Outstanding Contribution to Music Award in 2013. The band return this month with a brand new album For All My Sisters, heralding an exciting new chapter in the upwards trajectory of the Jarman brothers. Big T in the Park favourites, they’re sure to go down a storm at Strathallan Castle.

Hailed “the undisputed queen of 2014” by Mixmag, Hannah Wants has validated herself as a world renowned DJ with some serious credentials. Last year alone she picked up the Best Breakthrough DJ title at the DJ Mag awards and became Mixmag’s Best Breakthrough DJ and Star Of The Year, and her set is not to be missed.

Another exciting band hot off the back of shows at SXSW, Palma Violets have been working with producer John Leckie (Radiohead, Stone Roses) on their new album Danger in the Club, due for release this May. The band recently went on the road for the NME Awards Tour and will bring their euphoric sound to T in the Park this summer.

In what’s sure to be a huge moment for band and fans alike, Prides will make T in the Park history when they become the first band to play the Main Stage at the festival's new home, Strathallan Castle. Since they last appeared at Balado in 2013, they have played to a global audience at The Commonwealth Games Closing Ceremony. Producing original synth-pop tracks with infectious lyrics and feel-good melodies, the Glasgow trio are sure to receive a local heroes’ when they open the Main Stage on the Friday.

Slaves aka Laurie Vincent and Isaac Holman opened the NME Awards Tour’s 20th anniversary shows earlier this year. They count Arctic Monkeys amongst their many fans, and are set to make a hotly anticipated return to T in the Park after their incredible headline set on the BBC Introducing Stage last year.

Liverpudlian quartet Circa Waves are another band who dazzled crowds in Austin and who are hotly-tipped for a successful year. After making a big impression at last year’s T in the Park, Circa Waves have played sold-out shows around the country and are sure to delight fans with their energetic indie pop tracks at T in the Park in July.

Since forming in 2007, Lower Than Atlantis’ sound has evolved from hardcore punk to melodic indie rock. Their self-titled fourth record was released in October last year and was hailed album of the year by Rocksound.

Siblings Kitty, Daisy and Lewis’ musical references and skills are rooted in the old tradition where songs and music are handed down, played and enjoyed at gatherings of family and friends. They’ve built an impressive fan base and will showcase tunes from their exquisite second studio album Smoking In Heaven.

Creating infectious rhythm and blues infused rock 'n' roll, Ireland’s The Strypes have in the past toured with the likes of Arctic Monkeys and are sure to get the T in the Park crowd rocking when they return to the festival this July.

Cambridge quintet Lonely The Brave are one of the most exciting live acts on the UK rock scene at the moment, with David Jakes’ goose-bump-inducing vocals as striking live as they are on record. They released their debut album The Day’s War to massive critical acclaim and a place at no. 14 in the UK album charts this past September.

Nottingham singer-songwriter Indiana released her critically acclaimed debut album No Romeo in February of this year. Featuring the hit single Solo Dancing, the record is a collection of moody electro pop gems.

Original party band, The LaFontaines had a belter of a year in 2014. Playing their first US headline shows, conquering Europe with Watsky and performing to a capacity crowd at T in the Park as well as headlining their biggest ever show at Glasgow’s O2 ABC. 2015 is the year they release their highly anticipated debut album ‘Class’ – produced by Matt O’Grady (You Me At Six, Don Broco, Deaf Havana), with an accompanying UK headline tour.

Bristol’s Coasts are creating a huge buzz around the UK and beyond. Recently on tour in America, their performance at this year’s T in the Park is sure to treat the crowd to a soaring performance full of indie rock tunes. Tracks including recent single Oceans have received support from the likes of Radio 1 alumni Zane Lowe and has resulted in festival slots at the likes of Coachella and Lollapalooza.

Also fresh from SXSW, Blossoms are one of Stockport’s finest musical exports. They combine psyche-pop riffs, vocal melodies, a film noir meets 60s aesthetic, a range of audible references from Arctic Monkeys via Abba to The Doors to incredible effect and are sure to be a big hit at T in the Park this July.

The start of 2014 saw Sunset Sons morph from surfers making music for fun into a band at the centre of an A&R scrum into a major label-signed, red hot tip to become arena-sized stars. Their irresistible sun-soaked pop rock anthems earned them a spot on the BBC’s Sound of 2015 longlist.

Bold, edgy, with an incredible vocal to boot, Ella Eyre’s buzz has grown exponentially. A casual songwriting session with Rudimental evolved into Ella writing two songs for their debut album, and she can be heard on the band’s Waiting All Night. Also featuring on DJ Fresh’s top 5 smash Gravity, she won the MOBO Award for Best Newcomer last year and releases her first studio album Feline in May.

The Beaches – named after the area of Toronto where they live – are proud pioneers of the new wave of fem-rock. Their sassy, saw-toothed alt-rock songs recall The Strokes, Elastica, The White Stripes, Metric and The Runaways, and they exude the kind of romantic defiance, youth rebellion and peer solidarity that makes them a formidable force for rock.

George the Poet blends poetry and rap to hypnotic effect. Having amassed more than half a million views for his poems on YouTube and Vimeo, he has brought poetry to a new generation, mixing social and political comment with humour, and featured at no.5 in the BBC’s Sound of 2015.

Fresh from a rapturous appearance at SXSW, Wolf Alice will release their debut album My Love Is Cool in June and will bring some of their rock-tinged new material to T in the Park the following month. The grungy London four-piece create a relentless sound fused with superfuzzed guitars and were named Breakthrough Act of the Year at the UK Festival Awards in December.

Walking on Cars are one of Ireland’s most exciting new acts. Signed to Virgin EMI Records, they’ve been taking their soaring rock anthems to an international audience including a packed show at SXSW earlier this month and will make their first appearance at T in the Park this July.

T in the Park and Slam are also delighted to confirm that Annie Mac, Claude VonStroke and Maceo Plex will play the Slam Tent this July. Annie Mac – who has recently taken over from the legendary Zane Lowe on BBC Radio 1 and who also plays a Main Stage set on Friday – has joined the bill for the Slam Tent on Saturday. Maceo Plex first gained popularity during the early 90s rave culture with his mixes of techno, electro, and house music, before incorporating a more funk and groove-based sound. He’s played some of the most prestigious clubs in the world such as Cocoon and Fabric, and headlines the Slam Tent at T in the Park on the Saturday night. San Francisco-based house and techno producer Claude VonStroke is another exciting addition to the Slam Tent line-up. With some of the biggest names in music heading for Scotland this summer, T in the Park’s debut outing at Strathallan Castle is already shaping up to be an unmissable weekend:

T in the Park’s new home Strathallan Castle is centrally located in the heart of the beautiful Perthshire countryside, approximately one hour away from both Edinburgh and Glasgow. Lying on an estate sprawling a massive 1000 acres, surrounded by beautiful woodland, T in the Park 2015 will truly be a voyage of discovery.