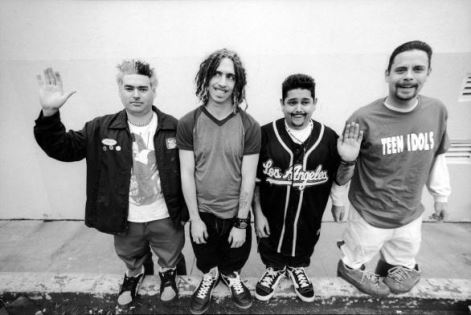 Over the past month the world’s biggest pop-up city festival, BoomTown Fair has unveiled the 400 plus artists set to perform within the make-believe metropolis this summer.

Taking place over 7th – 10th August in Hampshire, BoomTown Fair’s new headliners include; Irish-African fusion Afro Celt Sound System, French gypsy gyrators Babylon Circus, pioneering banging bass producer Eats Everything and American ska innovators, The Toasters and Voodoo Glow Skulls. These top notch international acts will appear alongside all previously announced artists including; The Cat Empire, NOFX, Jimmy Cliff, The Wailers, Tinariwen, Bellowhead, Tipper, Raggasonic and hundreds more, plus there is still one extra special Saturday night headliner still to be unveiled!
All eight of the district line ups have now been released covering a huge and diverse range of acts and genres from all over the world: Blues from Mali and Jamaica, dancehall from France and Bermuda, gypsy from Spain and Australia, electro-swing from Italy and Switzerland, big brass bands from Rajasthan and New Orleans, Afro-Funk from Wales and Columbia, Pirate bands from Holland and Texas, ska out of Sweden and Scotland and folk-punks from Canada and Ireland to name just a few! See below for an overview of each district and some of the musical highlights to keep an eye open for!
OldTown District can be found beyond the hustle and bustle of the Town Centre, it houses the ramshackle remnants of the glory days amongst the dilapidated buildings of this once the thriving port from BoomTown’s rise to greatness, however OldTown has long since been the dwelling of pirates and despicable souls!! Saturday will see a full on Pirate takeover of all venues and stages of OldTown, with a total influx of all things pirate! Swashbuckling their way through all the pirate madness are other acts include; Russkaja, WooHoo Revue, The Destroyers, Diving for Sunken Treasure and Tako Lako.
Mayfair Avenue is the hub of high class with its swanky electro-swing clubs and live swing bands, venues include; The Ballroom, The Gentlemen’s Club and Bump (Roller Disco). Get ready for the hottest party in town as the Masked Ball will be swooping into the streets of MayFair on Sunday evening! Top acts to be found mingling with the BoomTown glitterati are: Klischée, The Sweet Life Society and Electric Swing Circus, Smokey Joe & The Kid.
ChinaTown is filled with the most ‘avin it levels of punk: ska punk, rockin’ punk, folk punk and polka punk, as well as a healthy dollop of ‘hell jazz‘n’roll’ thrown in for good measure! The venues include the ChinaTown Courtyard and Devil Kicks Dancehall, acts heading up the bill for the weekend comprise of ground-breaking American Ska band, Voodoo Glow Skulls, pioneering their blend of hard-core and ska these stalwarts have been striding it out since the mid-80s and will give the Devil Kick’s Dancehall one almighty a closing party as the last band on Sunday night! Over on the ChinaTown Courtyard are Jaya the Cat, treating the ChinaTown folks to an uncompromising and original mix of reggae, punk rock and ska!
Whistlers Green has recently been upgraded and rejuvenated. This culture oozing zone of BoomTown is on hand to soothe your aching soul with some of the very best this globe has to offer in folk, blues and world music, all within its very own main stage, The Old Mines. Along with headliners multi-award winning Afro Celt Sound System, Tinarwen, Bellowhead and Playing for Change there will be lesser known, but equally absorbing artists such as Beans on Toast, Treacherous Orchestra, Dizraeli & the Small Gods, Sam Lee & Friends and many more. This area will be providing the soundtrack to a perfect summer’s day with uplifting melodies and triumphant tunes!
Wild West, amongst the dusty streets and housed in the rickety buildings of this freshly re-discovered area of BoomTown, the ultimate in Hillbilly, Bluegrass, Cajun, Yehaa, Cowpunk, Dirty Blues and of course Scrumpy & Western can be found! Heading up the bill is harmonica and beatboxing blues guru, Son of Dave, festival regulars Pronghorn and along with some of the very best band names on the scene: Lumberjack Cowboy Heartbreak Trucking Company, Screamin' Miss Jackson and the Slap Ya Mama Big Band and Johnny Cage and the Voodoo Groove to mention just a few!!!
TrenchTown not only boasts the best in dub, reggae, dancehall and jungle, but possibly three of the most notable stages that any one district alone has to offer, with The Lion’s Den Aztec temple, Tangled Roots forest party and the Hidden Woods sun-drenched clearing. TrenchTown is where reggae legends Jimmy Cliff and The Wailers can be found alongside many up and coming gems including Bermudan dancehall MC Uzimon with his borderline parody lyrics that are as funny as they are clever and Brushy One String, if sunshine and smiles were to be combined in human form it would be Brushy and his guitar’s one string of happiness!
DownTown hosts some of the most popular venues for late night shenanigans including Arcadia, BoomBox, the Dance Off, The Bodyshop and ASBO Disco. Lurking within these seedy establishments is the very best in breaks, break-core, drum’n’bass, garage, gabba, grime, jungle etc… Featuring on amongst 100’s of other is one of the most exhilarating talents to come out of the scene in recent times, Rockwell! There will also be a full on Old Skool takeover of DownTown with 2 Bad Mice, Altern8, Billy Bunter, Ray Keith and Aphrodite on the Sunday night.
Barrio Loco, the winning district at the 2013 elections, showcases dirty bass in its multitude of venues including Poco Loco & Circo Baile. With the newest headliner on the bill, the omnivorous beat-maker Eats Everything, currently at the forefront of an emerging wave of talented producers to come out of the West Country’s bass epicentre Bristol, helping define an entirely new genre of forward-thinking underground music. Along with other amazing dance music frontrunners, Special Request, Stanton Warriors, Ms Dynamite and many more!!