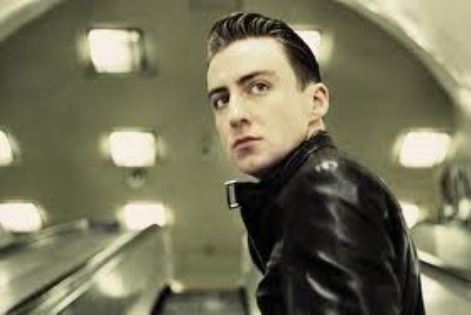 With only top quality acts making up the bill, Deer Shed Festival are living up to their exacting standards with the final music slots going to; the supremely talented Eugene McGuinness, sultry Peggy Sue, indie indulgence from Deep Sea Arcade, Liverpudlian quintet Death at Sea, the soulful harmonies of Luke Sital-Singh, acoustic trio Park Bench Society and Leeds duo, Dancing Years.
Over the past year Eugene McGuinness has been building on his already solid reputation to become quite the celebration with music press and fans alike. Releasing his second album last year, ‘The Invitation to the Voyage’ Eugene came back on the scene with a new found confidence and a top notch catalogue of brand new songs. With his anthemic single ‘Shotgun’ conjuring up images from a more glamorous time of espionage and martini cocktails, Eugenie has been passed the mantle from where School of Seven Bells left off last year, headlining the Dock Stage, and is all set to deliver a experience of equal brilliance!
Brighton, indie folk duo Peggy Sue were formed by longtime friends Rosa Slade and Katy Young. The group's signature blend of brooding anti-folk and fiery indie pop was born in basements, living rooms, and small clubs in 2006. A successful tour with like-minded British indie rockers Mumford & Sons earned Peggy Sue attention outside of the local scene. With two albums now under their belts, Deer Shed Festival are delighted to welcome Peggy Sue and their intense hybrid of pop and folk for the aural pleasure of the Friday night Lodge Stage audience, just before Gaz Coombes. Also appearing on the Lodge stage on Friday will be local lads Dancing Years, they will be opening the stage and ensuring things get off to a flying start!
Whilst over on the Main Stage for Friday afternoon, Deep Sea Arcade will be kick starting proceedings. Deep Sea Arcade have taken a lot of their influence from late 80s and early 90s brit pop, which occasionally results in a Supergrass meets the Stone Roses hybrid and makes for a brilliant way to get people in the mood for a weekend of musical indulgence!
Another watery themed band on the bill for Deer Shed Festival 4 is Death at Sea, this Liverpool based quintet are new kids on the block, having only performing live shows for under a year but they have already toured with a host of hyped bands including Palma Violets and Savages to great acclaim. They will be joined by the Park Bench Society, a Spanish-esque guitar strumming, sax and trumpet tooting, young trio from Loughborough who will provide the perfect Saturday afternoon sunshine tunes, taking the Deer Shed Festival audience to a place of warming sun sets and scrummy sangria!
The final addition to the musical treats in store for the Saturday afternoon is the hauntingly soulful Luke Sital–Singh. On the Lodge stage on Saturday alongside; Willy Mason, Stealing Sheep, Blue Rose Code and Sweet Baboo, Luke will be in excellent company and in an ideal setting for his multi layered, staggeringly refined, self harmonising and spine tingling chorals that perfectly showcase the breadth and scope his abilities.
With these last music line-up announcements, Deer Shed Festival 4 is choc-a-block with contemporary and established acts that all exude a supreme quality and talent. From the big headliners; Darwin Deez, Edwyn Collins, House of Love, Gaz Coombes and King Creosote to the lesser know hidden gem artists, one thing’s for sure, there will be an abundance of treats for the ears in Baldersby Park this July!