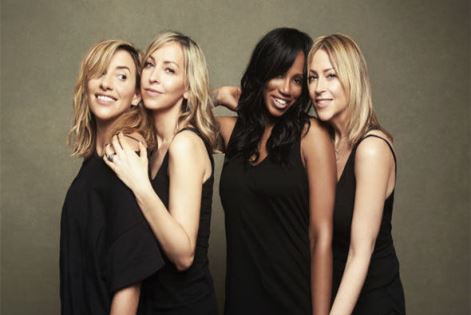 Stunning 90’s popstars, All Saints are marking their comeback at this year’s Cornbury Music Festival showcasing a hot new album along with the megahits that made them famous – Pure Shores, Never Ever and Under the Bridge.

As well as being a rare opportunity to see Shaznay, Mel and Appleton sisters perform, Cornbury has signed up the incredible Corinne Bailey Rae who has chosen the festival for one of her long-awaited return shows, following the release of her first album in five years. The Festival also adding another 60’s music legend to the already impressive classic Cornbury line-up, the seminal Booker T – he of the green onions – who’ll bring his very special grooves to the party. These newly announced acts add to a line-up packed with true legends, rising stars, must-sees, original rockers and awesome live performers – a lot of big hitters.

After his triumph as surprise special guest last year, SEAL returns with his own headline slot on Sunday. Joining Seal are Cornbury favourites The Shires, along with celebrated singer-songwriter James Morrison, guitar virtuoso Newton Faulkner and 60s rock combo The Zombies.

Cornbury perennials STAXS return to their regular Sunday slot, with bets already being taken on who their star guest will be this year. Noah & The Whale guitarist Fred Abbott showcases his new band, Kelvin Jones brings a soulful edge, and musicals star Ramin Karimloo makes his major UK festival debut with a touch of bluegrass. Probably the best party band in the World – Bjorn Again - close the festival from the Songbird Stage in true ABBA style.