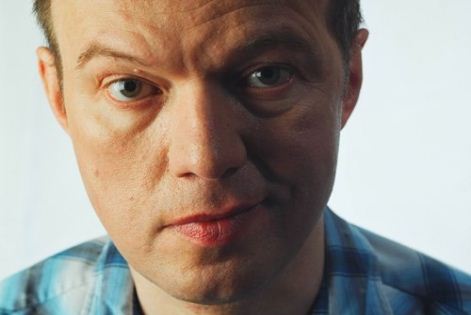 and Fife’s beloved son King Creosote, along with South Londoner’s and John Peel favourite’s House Of Love. Also announced are fellow Scotsmen The Phantom Band, Geordie soul outfit Smoove and Turrell as well as; Deaf Club, Novella, Moulettes, Sweet Baboo, AlascA and David McCaffrey.
Best known for his tenure fronting the Scottish pop revivalists Orange Juice as well as his international solo hit "A Girl Like You," Edwyn Collins has secured his status as a legendary singer over the past few years, which was further solidified by the release of his seventh solo album ‘Losing Sleep’. The album received a plethora of positive reviews and is widely seen as his best and ‘brightest’ solo album to date. Edwyn is back on the festival circuit for 2013 and is sure to be a fitting crescendo to the opening night of the festival!
Deer Shed Festival welcomes, as special guests, the House of Love to the Main Stage for the Saturday night proceedings. Handpicked for the penultimate slot just before Darwin Deez; Saturday night doesn’t know what it’s in for! Known for their cult classic singles of Shine and Destroy the Heart, it is widely viewed that House of Love picked up from where The Smiths left off and significantly influenced a generation of bands. With a brand new album She Paints Words In Red out in April this will be the perfect chance to catch the current offerings from a cult status British band with the original members Guy Chadwick and Terry Bickers now reunited and back at the helm!
Always ones to celebrate a friendly face, Deer Shed Festival have requested the return of King Creosote aka Kenny Anderson to the fields of North Yorkshire, but this time for the sheer enjoyment of the Deer Shed crowd! Anderson is a prolific musician; releasing over forty albums in his illustrious and varied career so far! He is the true King of collaboration having joined forces with many of the industry’s top musicians including Brian Eno and 2011 saw his collaborative album with Jon Hopkins – ‘Diamond Mine’, receive a nomination for the Mercury Prize as well as the stamp of approval from many of the industry’s leading critics.
Also hailing from the northern Celtic region of this fair isle are Glaswegian sextet, The Phantom Band. Bursting on to the indie scene in 2009 this multi-layered, multi-faceted, multi-instrumentalist troupe have gained a robust reputation for their complex and sophisticated ‘post apocalyptic pop’. Not content with the usual set up of, guitar, drums, vocal and bass, these playful fellow’s fiddle about with all sorts of toys and tinker about with a vast array of noises to create the astonishing depths in their music.
Since the launch of their debut album ‘Antique Soul’ in 2009 things accelerated very fast indeed for the Geordie duo Smoove and Turrell. With their singles ‘I Can’t Give You Up’, ‘You Don’t Know’ and ‘Beggarman’ scoring two Records of the Week on Radio 2 and a playlist on 6 Music between them, it got off to a cracking start and 2013 is seeing them hit to the road to the great delight of funk and soul fans across the UK!
Joining Edwyn Collins, House of Love, King Creosote, The Phantom Band and Smoove and Turrell on the bill for Deer Shed Festival will also be; the contemplative indie rock of Deaf Camp, the other-worldly fiddle-tastic Moulettes, 60s tinged psychedelic sound of Novella, Moshi Moshi records’ effortlessly sumptuous Sweet Baboo, prog-rock quartet AlascA and astonishingly talented local lad, David McCaffrey.