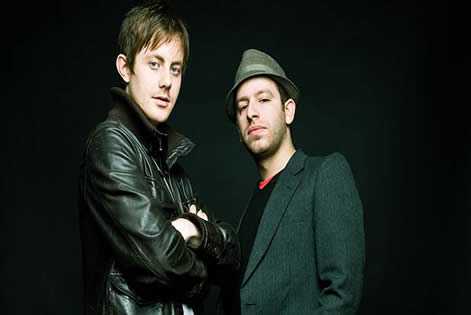 Hideout Festival taking place from 29th June – 1st July have revealed no less than 30 new additions to their listings, including a string of huge name, world-class acts including Chase & Status, Simian Mobile Disco, Benga and more.

Hideout Festival now boasts a DJ set from one of the biggest acts in drum & bass and dubstep – Chase & Status, who have recently been nominated for Best British Band at the Brit Awards. Now joining his counterpart Skream at the event is the other half of one of the most legendary Duo’s in dubstep – Benga.
The new BBC Radio 1 ‘In New DJ’s We Trust’ DJ will be stepping up to the plate and spinning some innovative dubstep sounds alongside his long-standing musical collaborator.
German act Loco Dice is now set to add his unique take on house and techno to the line-up, while Resident Advisor’s 2011 2nd best DJ in the world Seth Troxler has also been confirmed.
Dubstep favourit SBTRKT will be bringing big beats from behind his mask, while Canadian act and owner of Turbo Recordings Tiga will also be stepping up to the plate.
Ticket holders can also now expect to hear one of the original pioneers of drum & bass Shy FX, head honcho of Digital Soundboy, as well as Redlight, who’s recently released single ‘Get Out My Head’ is set to storm into the charts this week.
Hideout is also welcoming into it’s elite assembly the likes of huge Canadian talent Art Department, global electronic leaders Aeroplane, Scuba, Simian and Mobile Disco to name but a few.
With all this confirmed and yet more added extras to come, Hideout Festival 2012 really is proving itself to be the essential festival of this summer and is in place to surpass the caliber set by last year’s event. Not for the faint-hearted, Hideout Festival 2012 will once again combine the beautiful setting of a beach holiday with the intense euphoria of the most turbo charged electronic festival.

Published on 26 January 2012 by Wayne Feltham