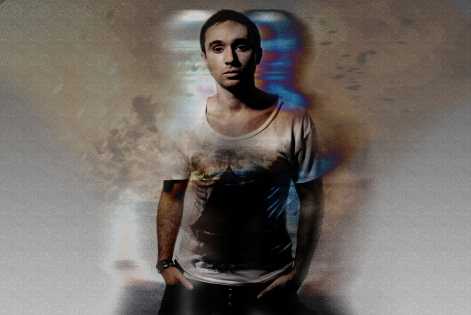 Ahead of Eddie Halliwell's set at Mint Festival we gladly bring you this short sharp interview with the man himself.

Originally picked out as a superstar DJ by Mixmag back in 2003, Eddie Halliwell is never out of the top 20 spaces in the DJ Mag annual DJ poll.  He has had his own show on Radio 1 and has carried the electronic baton with pride to clubs all over the world. He also has his own syndicated radio show and is as technically gifted on the decks as anyone in his genre.

Having just finished DJ residencies in Croatia and Ibiza, so too has he recently started producing for the first time, as we found out ahead of him playing Mint Festival on September 29th at Lotherton Hall with people like Seth Troxler, Wolf & Lamb, Surgeon, Adam Beyer and more all playing.

Only fairly recently did you produce and release your first track, why is that?
Well I have always been into it, but when I first starting DJ-ing, producing and playing were two separate entities and I never really had the time. Now with the traveling I do I can now produce just on my laptop through Ableton. I have always made loops and drum codes but never really had the time to piece it all together until now.

You have done a lot of remixes, what is the main difference between the two for you?
The remixes tend to be quicker, as I get the stems and work around those. Obviously when I get a track I genuinely have to love it and have the inspiration to work on something that uses the parts. I've been really pleased with my previous efforts.

Can you tell us about your phone app?
Yes well basically it’s just so the fans can see my tour dates and if I'm coming to a city near them, you can also stream my radio show and download some of the music on there too.

Are you a massive follower of social media, do you think it’s massively important now?
Totally, everyone today, especially the younger generation, use social media outlets so it’s important that you keep up to date with them, it’s really critical that you connect with your fans and it’s really enjoyable to give something back.

You will play the hugely anticipated Mint Festival this week, are you excited to play the show?
Yes of course - I have played at Lotherton Hall before for Gatecrasher Summer Sound System, which I loved. Leeds itself always has a great crowd and the majority are really into their music, the line up itself is really good. I'll be playing for the Bitch tent with Michael Woods which will great but I'm looking forward to seeing Jamie Jones and Reboot who are doing great things at the minute.

Do you prefer festivals to club gigs?
Yes definitely especially when it’s hot. I know sometimes this isn't always the case in the UK but occasionally that makes the audience go for it more. I have had some great festivals out in Brazil and South America in general where the sun has been shining. Amazing.

Onto your ED-IT project, how has that developed since you started it?
We haven't really done it much this year the team and I have been so busy on tour, but it has provided an exclusive platform for me to do something different with the visuals integrated with special effects and strobes. The equipment and technology keeps improving each time so the project looks slicker every time.

Finally what does the winter have in store?
Well I have just finished off residencies in Ibiza and Croatia which were great this summer, so now I’ll be back on tour in Australia for a couple of weeks then onto South America which will be great too.

Published on 25 September 2012 by Wayne Feltham